Mumford Bean And His Itawambians - OKeh 45303 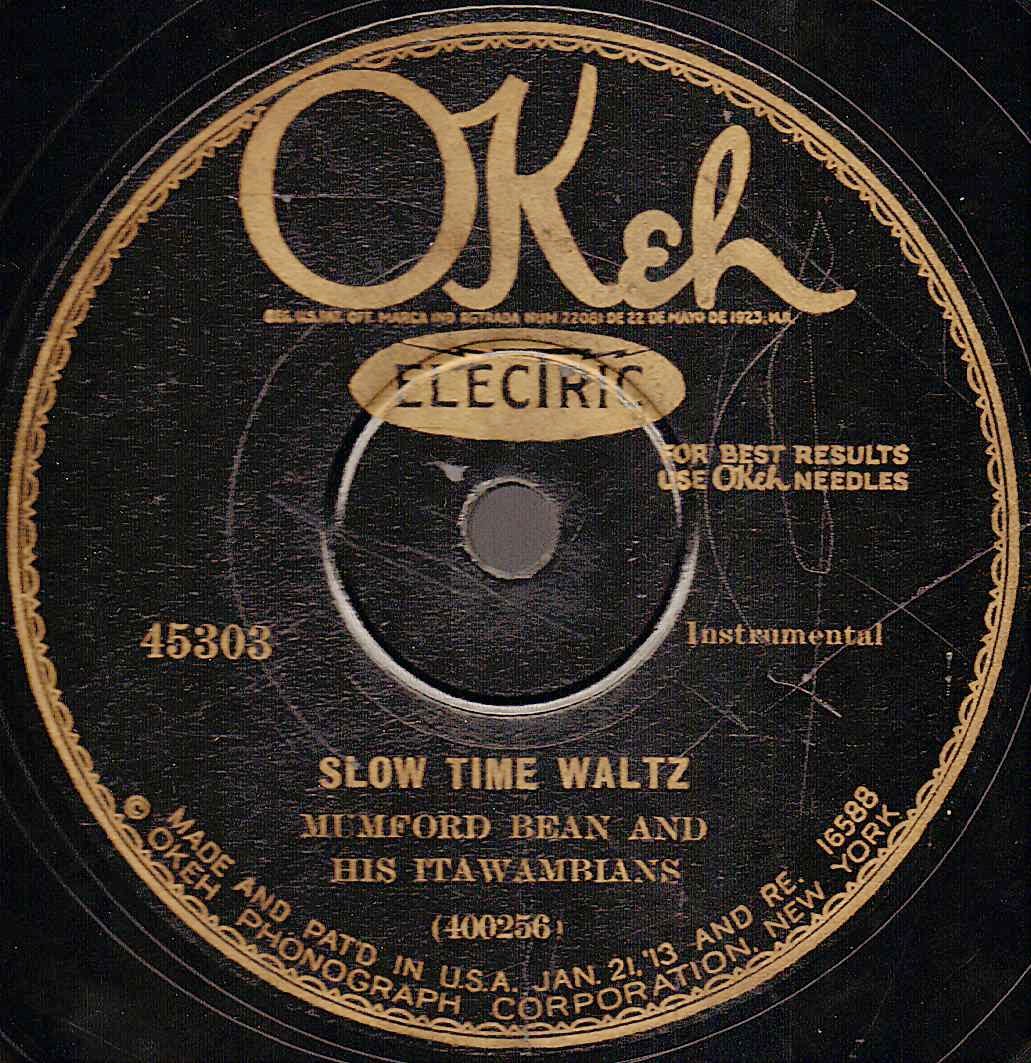 Mumford Bean And His Itawambians / OKeh 45303
Slow Time Waltz / Flow Rain Waltz
recorded February 17, 1928 in Memphis, Tennessee
Here we have the only record issued for Mumford Bean, although he recorded two other sides that were un-issued. I can`t tell you much about Mumford Bean, except to say that he is the fiddler on the record and that he was twelve years old when this was recorded. What`s an Itawambian you might ask? It is a county in north east Mississippi. What an odd name for a county, and a fiddler.
As far as the tunes go, they are both waltzes that I`ve never heard anywhere else. As for the performance of the tunes, they sound sort of stiff to me. But, we have to remember that Mr. Bean was only twelve years old. Happy downloading!