The Carter Family - I Walk The Line

Boy its been a good long time since I`ve posted anything! Been super busy this summer at work but as the winter comes on now work will slow down some so I`ll have some more time for my favorite past time---messing with old records! So---away we go! 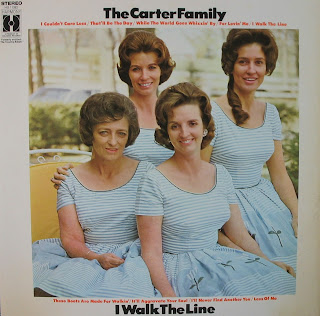 So here is the next installment of the Mother Maybelle Carter series from my archives. I`m getting close to running out of her material, so enjoy!! 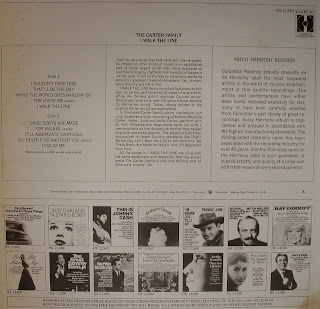 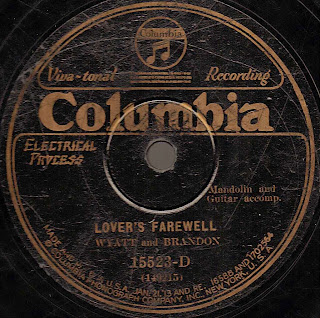 Wyatt and Brandon / Columbia 15523-D
Evalina / Lover`s Farewell
recorded October 21,1921 in Johnson City, Tennessee
Howard Wyatt and Luke Brandon were members of the well known old time string band The Roane County Ramblers from Tennessee. This is the only record this duet made.
Evalina was a pretty popular song to the ancient folk tune of Poor Babes In The Woods and may be of old English origins.
Lover`s Farewell is an old love type song and was recorded by people such as The Carter Family, Bill Cox, Lake Howard and The Shelton Brothers. It certainly has the sound of a Carter Family song though!
The sound quality of this disc is pretty good for as rough condition as the disc is in. A good bit of crackle will be heard but the music is plenty easily listened to. 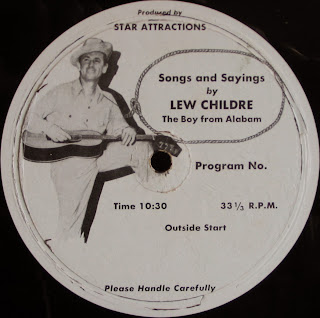 Here is another 16 inch transcription disc by the great Lew Childre. He was a fine entertainer and his shows on these discs almost make you feel like he has just came over to your house for an evening of entertainment. Give a listen to this now extinct entertainment format!