Link repaired for An Evening With Archie & Phil Campbell LP

I just realized that the link to download the An Evening With Archie & Phil Campbell was bad. I repaired the link in the LP post. You can also download it by clicking below----

Click here to download An Evening With Archie & Phil Campbell
Posted by Allen`s Archive at 8:59 PM No comments: 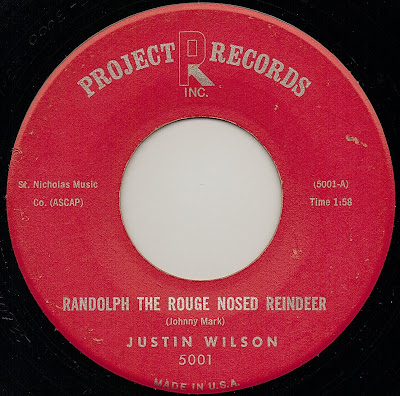 Here`s a Christmas treat for you! The old Cajun comedy man and cook, Justin Wilson.
I remember and first became aquainted with him when I was a teenager on PBS tv with his Cajun cooking show. He was very funny on there. Then I just discovered 2 or 3 years ago that he had made several comedy LP`s. Then I recently found this 45 with "Cajun-ized" Christmas tunes on it. Merry Christmas everyone!!

Well folks---It`s been a while since I posted much of anything. I`m gonna try to get a little more regular again.
Here is the last two volumes of J.E. Mainer put out on the Rural Rhythm label. I`m sorry, but these 2 LP`s aren`t in very good condition, they are crackly and have some skips.
I still have some other J.E. Mainer items to post on other labels. When I get done with J.E.`s stuff I likely will start posting material of his brother, Wade, Who recently passed away at 103 years old! 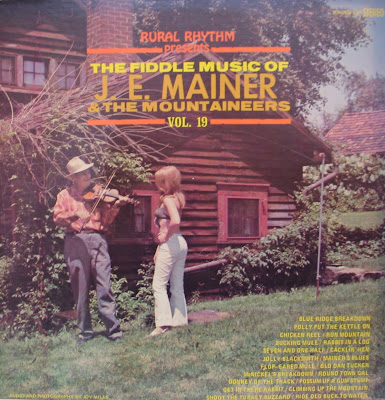 Track list for Volume 19---
1. Donkey On The Track (an old tune that I believe originated with Al Hopkins in the 20`s)
2. Possum Up A Gum Stump (a common old time fiddle tune)
3. McNickles Break Down (I believe this is pretty much the same tune as Grayson & Whitter`s Lee Highway Blues)
4. Round Town Gals (this tune seems to be a cross between Ragtime Annie and something else)
5. Get In There Rabbit (an ancient tune that was first recorded by the first woman to record a country record named Samantha Bumgarner about 1924)
7. Shoot The Turkey Buzzard (an old fiddle tune that I believe originated in east Tennessee)
8. Ride Old Buck To Water (an old Skillet Lickers number)
9. Flop Eared Mule (another common old fiddle tune)
10. Old Dan Tucker (this version uses sort of a different, unique tune that the same old words are sung to)
11. Jolly Blacksmith (another old fiddle number that I think originated from east Tennessee)
12. Mainer`s Blues (this tune is sort of a different version of Lee Highway Blues)
13. Seven And One Half (I have no idea where this tune comes from)
14. Cacklin` Hen (the common old fiddle tune)
15. Blue Ridge Break Down (this is another tune I`ve never heard anyone else play, sounds related to I Don`t Love Nobody)
16. Polly Put The Kettle On (a common old fiddle tune, sometimes Polly is called Molly)
17. Bucking Mule (another common fiddle tune where the fiddle sort of imitates a mule bray with the fiddle)
18. Rabbit In A Log (the common old words sang to a unique tune)
19. Chicken Reel (an ancient old fiddle tune)
20. Run Mountain (this seems to be a Mainer original tune) 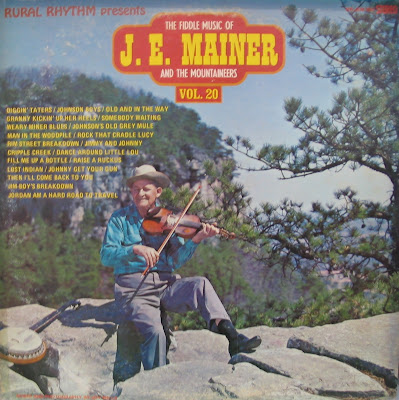 Track list for Volume 20---
1. Diggin` Taters (an old fiddle tune from north Georgia called Liberty that had been recorded by about all of the north Georgia fiddlers, most people now call it Liberty, Off Of The Corn Licker Still, as the Skillet Lickers played it on one of their Corn Licker Still In Geoegia records)
2. Johnson Boys (an old number that I believe Al Hopkins may have rcorded first in the 1920`s)
3. Old And In The Way (an old tear-jerker first recorded by Fiddlin` John Carson)
4. Fill Me U A Bottle (I don`t know where this comes from, but there is a Skillet Licker tune very similar to the tune here)
5. Raise A Ruckus (an old tune that I believe originally came from pop music in the `teens or maybe even a little earlier)
6. Rim Street Brake Down (I believe this is a Mainer original)
7. Jimmy And Johnny (I don`t know anything about this one)
8. Granny Kickin` Up Her Heels (I don`t know anything about this one either)
9. Somebody Waiting For You (likely an old pop tune originally, Sam & Kirk McGee recorded it in the 1920`s)
10. Cripple Creek (one of the most common old numbers)
11.Dance Around Little Lou (this sounds related to Skip To My Lou)
12. Lost Indian (a fiddle tune that I believe was written by an early fiddler for Roy Acuff named Tommy Magness, who also adapted the tune Black Mountain Blues into the tune we now call Black Mountain Rag)
13. Johnny Get Your Gun (several early Georgia artists recorded this in the 1920`s, so I`d say it may originate from north Georgia)
14. Then I`ll Come Back To You (this was a pop tune that Charlie Poole recorded in the 1920`s)
15. Man In The Wood Pile (an old fiddle tune with several different names, such as Nigger In The Woodpile, Buck Creek Girls and a few more that I can`t recall at the moment)
16. Rock That Cradle Lucy (a tune that may have originated from the Skillet Lickers)
17. Jordan Am A Hard Road To Travel (an old minstrel show number that had been recorded pretty early in the country field by Riley Puckett)
18. Weary Miner Blues (I think this was an old honky tonk tune from the early 1940`s)
19. Johnson`s Old Grey Mule (an old tune that I believe was first recorded by Earl Johnson)
20. Jim Boy`s Break Down (this sounds a little related to the old Liberty tune mentioned above)