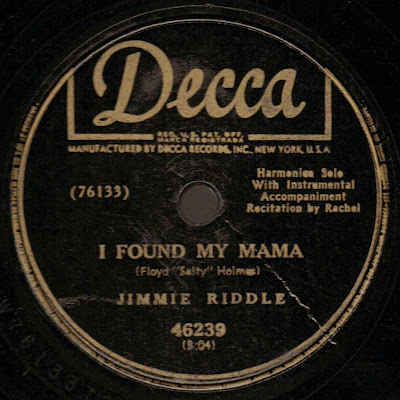 Here is an ultra-rare one. This was cut at the same session as the Rachel & Oswald 78 that`s posted below.
The first song, I Found My Mama, was a common "talking" harmonica number that such great country harmonica pickers, such as Lonnie Glosson, Wayne Raney & Salty Holmes commonly performed. The cast is Jimmie On harmonica of course, Rachel Veach as the "mother", Oswald on dobro, possibly Joe Zinkan on bass and likely Benny Martin on straight guitar.
The other number, The Three Trees, comes from a skit record recorded in the teens, or possibly earlier, by the author, Tom McNaughton. What an odd choice to record! We have Jimmie on harp and as narrator, Oswald on dobro, likely Benny Martin on guitar and possibly Joe Zinkan on bass.
Unfortunately, the disc got cracked all the way from the center hole to the edge in shipping to me, so there is a tick through both sides. This, at least as of now, is the only copy of this disc I know of to have been found.
There are some harmonica fanatics that follow my blog, so, this one`s for you all!! 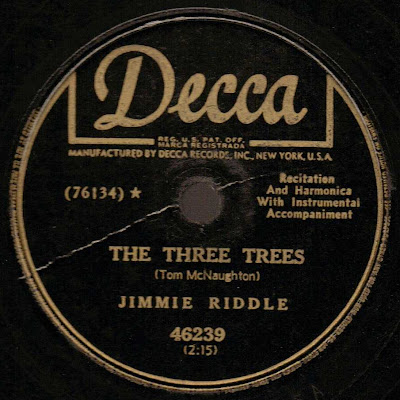 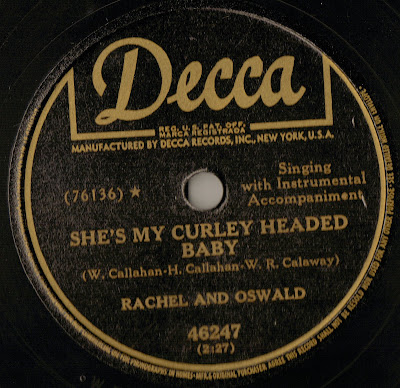 Here`s a rare one! Bashful Brother Oswald and his Sister Rachel was a part of Roy Acuff`s act off and on all through the 1940`s. They had cut a 78 on Columbia at one of Roy`s sessions that was un-released (it is out on an LP from the early 1980`s). Roy was still on Columbia at the time this was cut. I have no idea about the story of why this was made on another label (the songs are different than what they recorded for Columbia).
I think we have Rachel on banjo, likely Oswald on straight guitar (or possibly Lonnie "Pap" Wilson) and Benny Martin on fiddle. Benny Martin was a Smoky Mountain Boy for a short time about 1950. 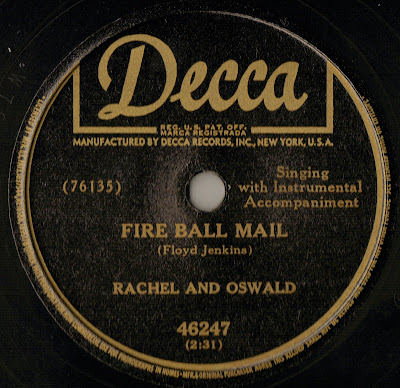 Posted by Allen`s Archive at 8:47 PM No comments: 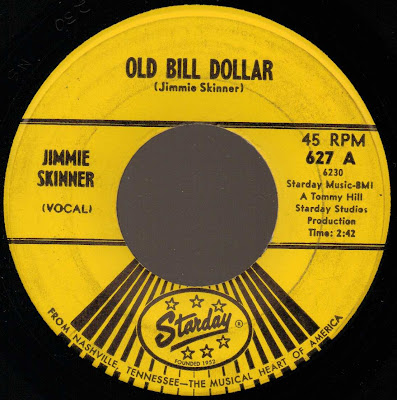 I really like Jimmie Skinner, so here is a 45 I have that may or may not be on one of his Starday LP`s. 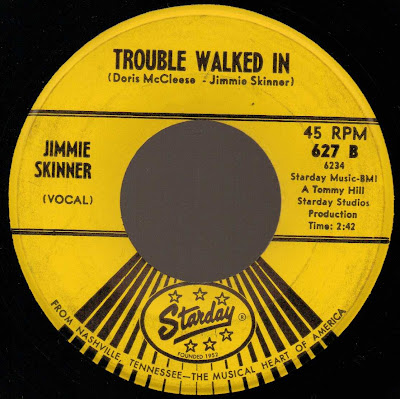 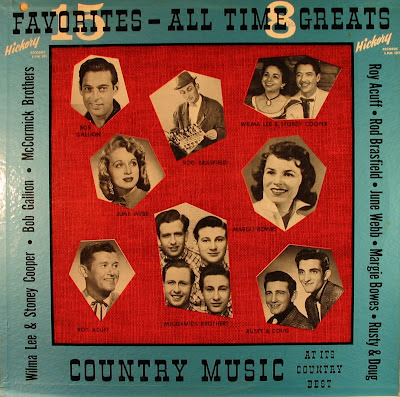 Here`s a neat various artists LP.
I believe the two Roy Acuff cuts came out only on this LP. At least I have never saw them anywhere else.
Also, the Rod Brasfield track (the jacket lists it as two tracks, but there is no break in the middle) is very rare. I think it was issued as a 45 also. I believe this would be the last, if not the only, record he ever made. Happy downloading! Jimmie Riddle 45 on the Todd label 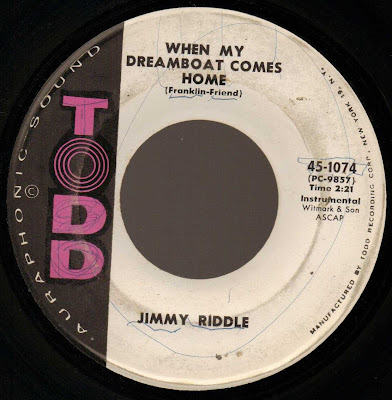 Well here`s an odd one! Jimmie Riddle was one of Roy Acuff`s Smoky Mountain Boys who played harmonica, piano and accordion. He also made an LP or two and had a 45 and a 78 of his own. But this takes the cake! Jimmie, predictably, played country music, but this is rock harmonica. Unfortunately, they misspelled his first name on the label, oh well. Happy listening. 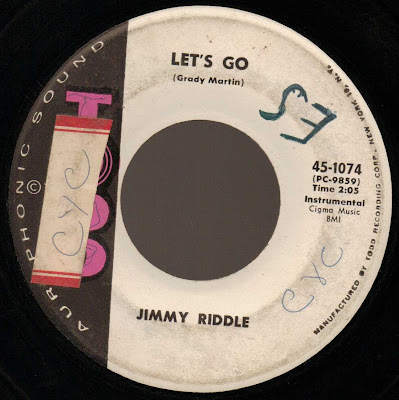 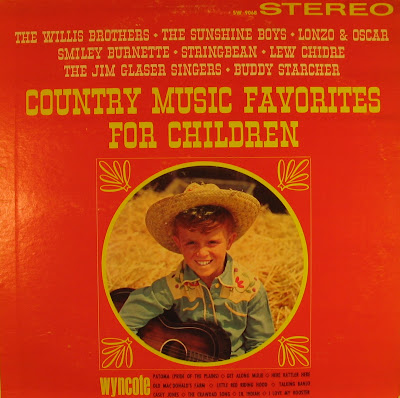 Here is a rare LP on the Wyncote label. Actually, all the cuts are from Starday material.
The main reason I am posting this is for the two Lew Childre cuts. They are cut that were edited out of the only LP he ever made called Old Time Get Together on Starday (which can be found here on the blog).
This LP was super dirty, so it`s kind of noisy. Some cuts are worse than others in sound quality also. It almost sounds like instead of using masters for the source, they used old, wore out Starday LP`s. But---anyway---it`s worth it for the Lew Childre cuts if you are a fan of his, and the Lew Childre cuts sound pretty good quality wise. Enjoy!! 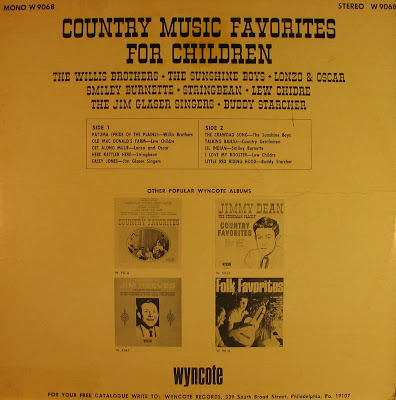 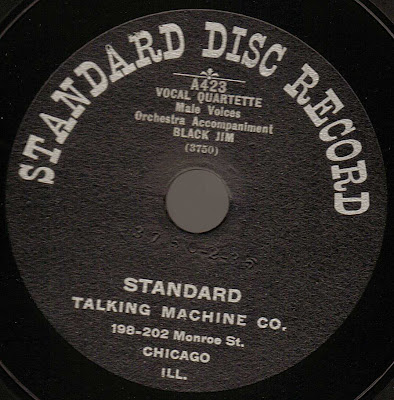 Uncredited Artist / Standard A423
Black Jim - I`m Afraid To Come Home In The Dark / likely recorded between 1905 & 1910
As far as I know, Standard records were mostly pressed from Columbia masters. A 'coon" type song record. 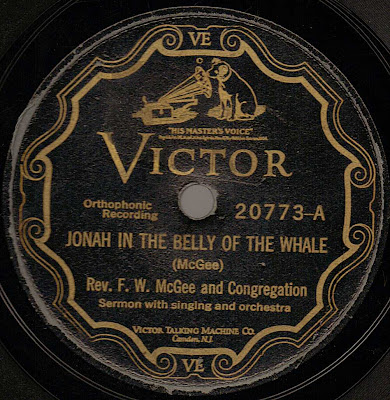 Rev. F.W. McGee / Victor 20773
Jonah In The Belly Of The Whale - With His Stripes We Are Healed / likely recorded around 1926
A typical preaching record from the king of preaching records. Gates recorded Many sides for many different labels. 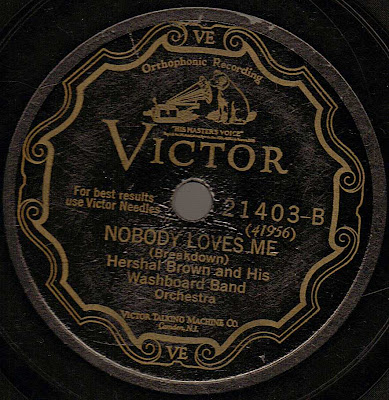 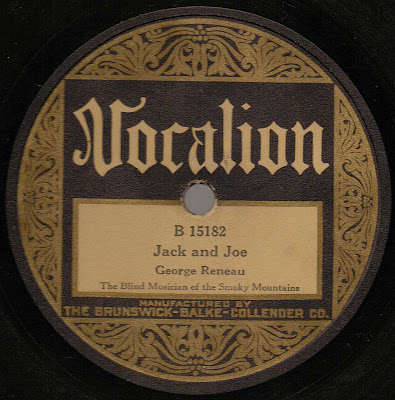 George Reneau / Vocalion 15182
Jack & Joe - The Hand Of Fate / recorded Oct. 15th, 1925
George Reneau was a blind street singer that performed in Knoxville, Tennessee. He also recorded for Edison. Most of his material was of the tear jerker type. 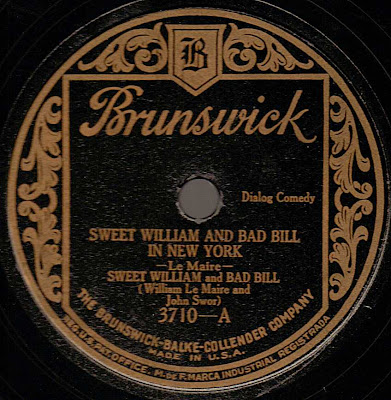 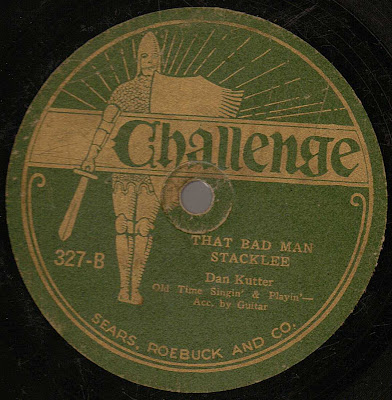 Dan Kutter (David Miller) / Challenge 327
The Lonesome Valley - That Bad Man Stacklee / recorded May, 1927
Dan Kutter was an alias for David Miller (who I believe was blind). This is from Gennett masters. I believe some labels would re-issue sides on other labels to keep costs of royalties down. 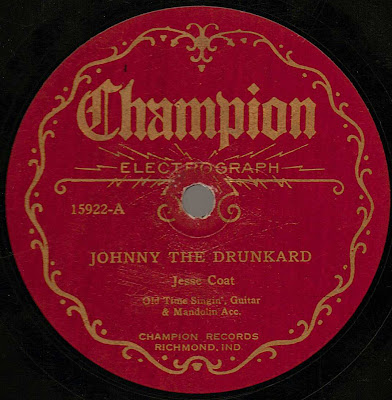 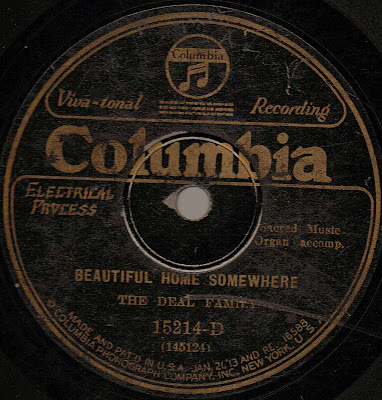 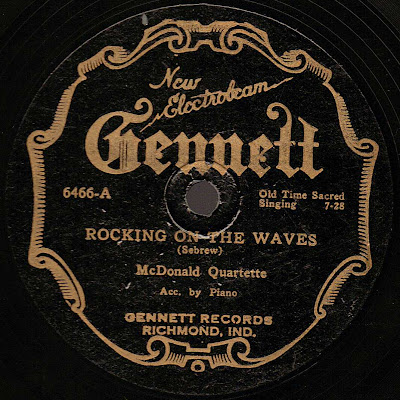 McDonald Quartette / Gennett 6466
Rocking On The Waves - That Beautiful Land / recorded May 1, 1928
Another great gospel group. 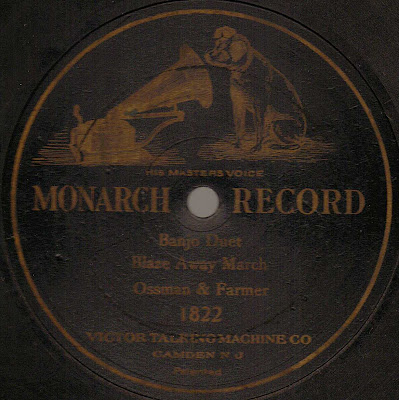 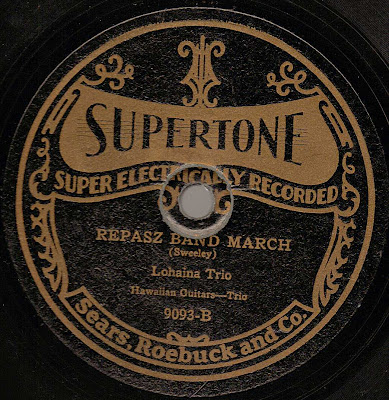 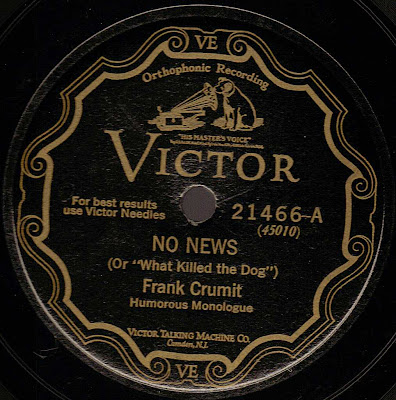 Frank Crumit / Victor 21466
No News or What Killed The Dog - The Three Trees / likely recorded about 1927
A remake of a couple of early "talking record" sides by artists from the early days of records. 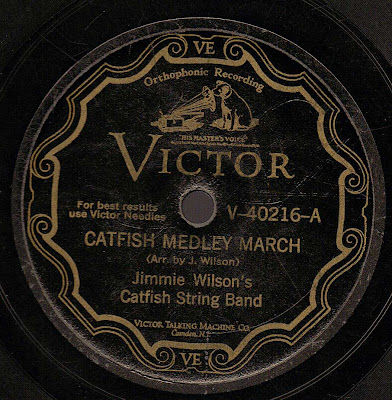 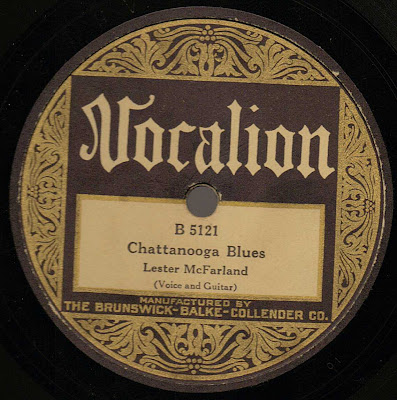 Lester McFarland & Robert A. Gardener / Vocalion 5121
Knoxville Gal - Chattanooga Blues / recorded Dec. 10, 1926
McFarland & Gardener were two blind musicians based around Knoxville, Tennessee. Most of their material was of the tear jerker type, but once in a while, McFarland would record a fine country blues such as Chattanooga Blues that features some fine guitar work.