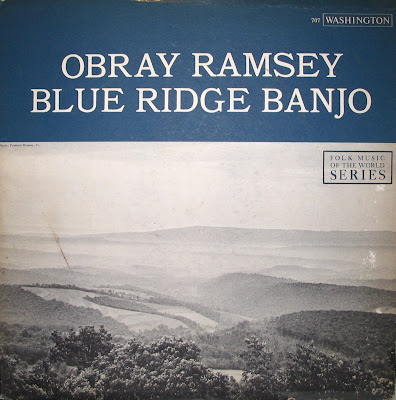 This is the last Obray Ramsey LP I have. As far as I know, all of them I have posted on the blog are all he recorded.
There is nothing more I can really say about Mr. Ramsey that I haven`t already said in other posts. If you are interested in and like this LP, search the blog for the others.
Happy listening! 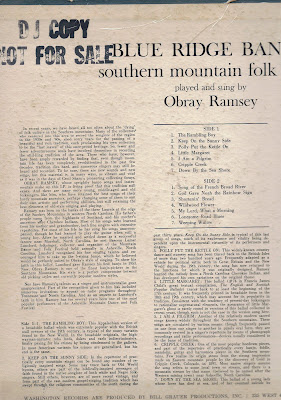 Posted by Allen`s Archive at 1:34 PM No comments: 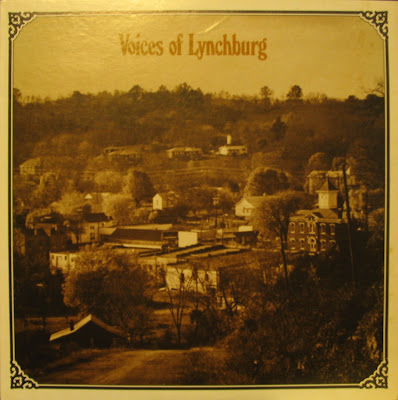 Here is a really neat record. This was recorded at Lynchburg, Tennessee in the late 1970`s I`d say. Someone went down there and just recorded stories about the area from some local old timers. Of course, Lynchburg is famous for one thing mainly, the Jack Daniels distillery is there. I have been to Lynchburg about 5 years ago, and it`s a pretty small, remote place even today. Of course, we don`t know any of the folks on this record personally, but it`s still really interesting.
Enjoy it! 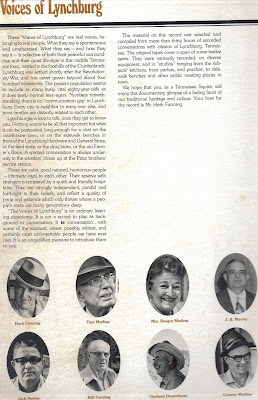 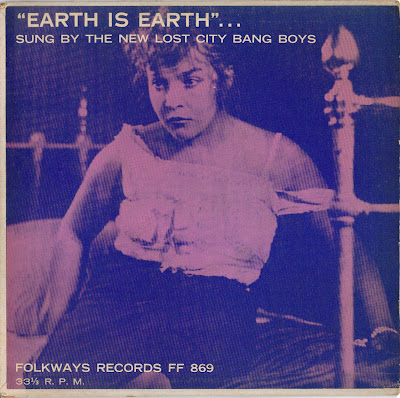 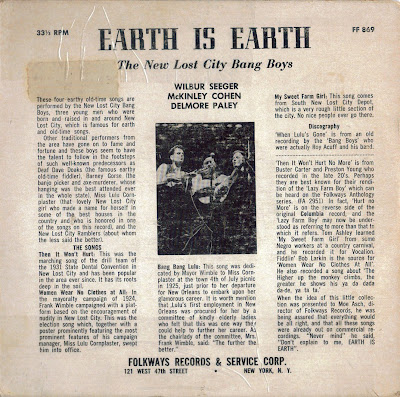 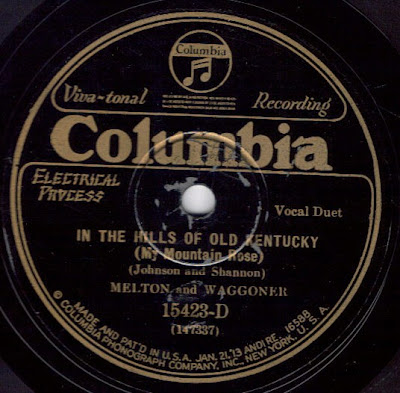 Melton & Waggoner - Columbia 15423-D
In The Hills Of Old Kentucky (My Mountain Rose)/Underneath The Cotton Moon - recorded October 30, 1928
This is the only record this duet made. Melton possibly recorded some with other people. Mr. & Mrs. J. Douglas Swagerty - OKeh 45291
There`ll Be No Sorrow There/I Gave My Life For Thee - recorded August 13, 1928
These artists recorded several sides, this is the last record they had issued. On the There`ll Be No Sorrow There side, my disc has some stripped grooves at the beginning, all that is missed is a guitar chord for the singers to get started on key, so I just edited the bad grooves out. I`m not a particular fan of this style of gospel singing for sure, way too formal sounding. 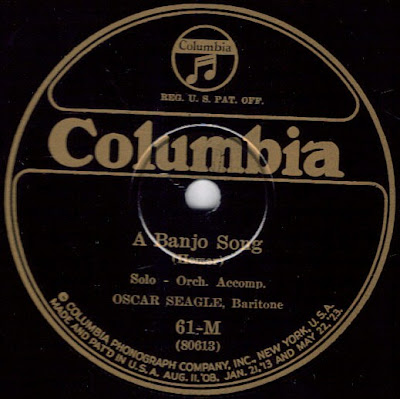 Oscar Seagle - Columbia 61-M
I`se Gwine Back To Dixie/A Banjo Song - recording date unknown to me
I know nothing about this record. I got it because I thought it might have classic style banjo, but there is no banjo at all on it. 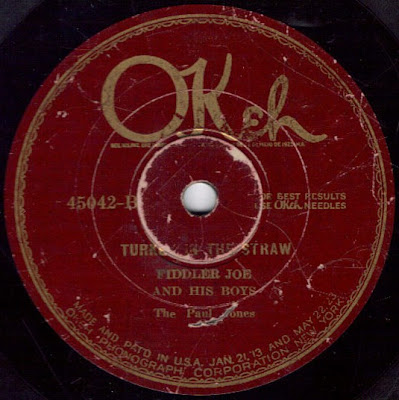 Fiddler Joe & His Boys - OKeh 45042
Turkey In The Straw/Arkansaw Traveler - recorded March or April 1926
When I listened to this I thought they sounded like a studio musician group. Come to find out I was right. Fiddler Joe was a New York based studio musician names Joseph Samuels. He made a few other "Old-Time" records also. 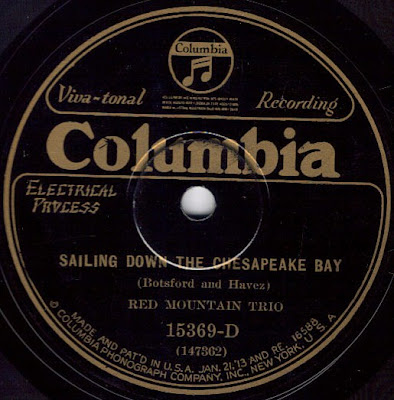 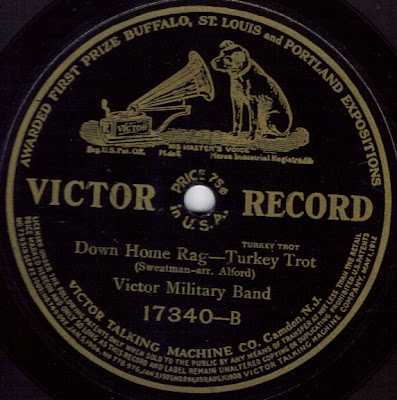 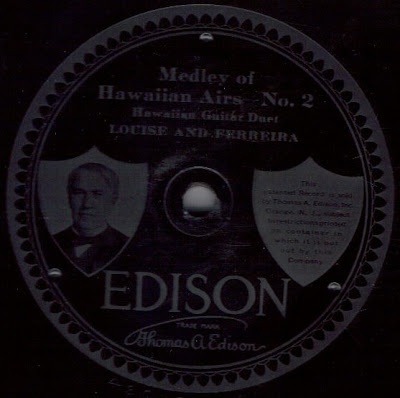 Louise & Ferreira/Waikiki Hawaiian Orchestra - Edison 50369
Medley Of Hawaiian Airs-No.2/On The Beach Medley - recording date unknown to me, likely mid to late teens
Good Hawaiian gutars here in the earliest Hawaiian style, unfortunately the recordings are very "low-fi". Likely this was disc dubbed from cylinder recordings. I tried to boost up the music the best I could. 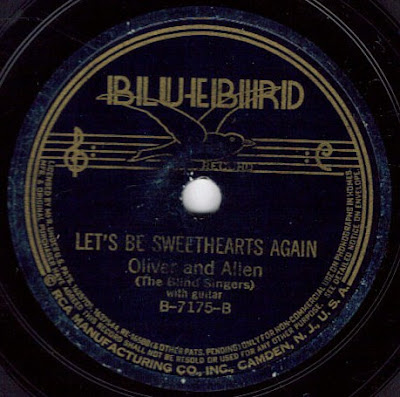 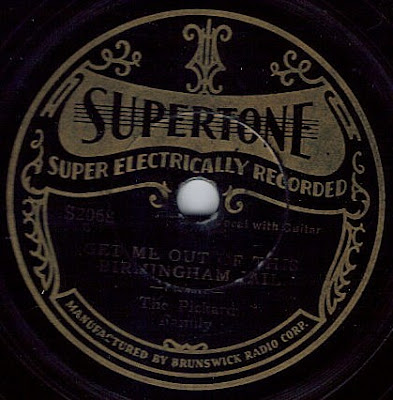 The Pickard Family/Kanawah Singers - Supertone S2068
Get Me Out Of This Birmingham Jail/Mountains Ain`t No Place For Bad Men - recorded October 29, 1929/July 18, 1929
I still don`t understand why they issued discs with a different artist on each side. Neither group has a hardcore old-time sound, but I still like the Pickard Family. The Kanawah singers sound very much like a Vernon Dalhart group record. 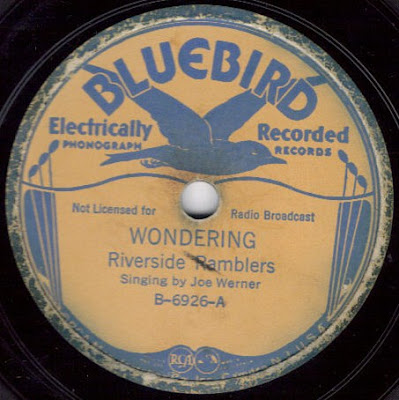 Riverside Ramblers - Bluebird B-6926
Wondering/Dissatisfied - recorded February 22, 1937
This group is actually The Hackberry Ramblers, whose recordings were in French (Cajun French). They used this name when recording in English. 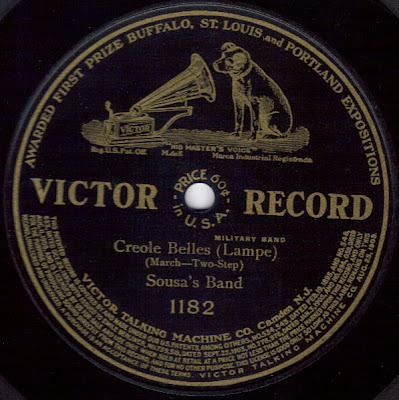 Sousa`s Band - Victor 1182
Creole Bells - recording date unknown by me, could be anywhere between 1905 to 1915 I`d say
Everybody knows what to expect to hear when they hear the word Sousa. Think fourth of July brass band music. Great single sided disc! 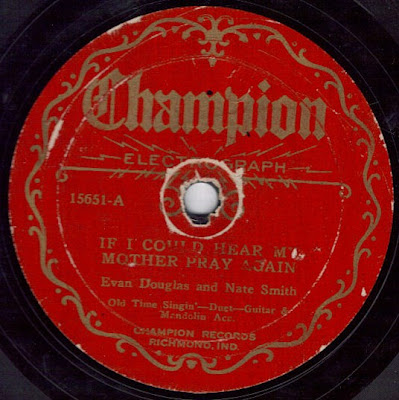 Evan Douglas & Nate Smith (Kirk McGee & Blythe Poteet) - Champion 15651
If I Could Hear My Mother Pray Again/If I Could Only Blot Out The Past - recorded November 27, 1928
I have posted this before I believe, but this is a different copy and I think the sound is a little better. Seems record labels or the 20`s would issue records on their secondary labels (Champion was a Gennett label) under different artist names to avoid paying royalties. Wonder why country folks were always suspicious of big city companies???!!! 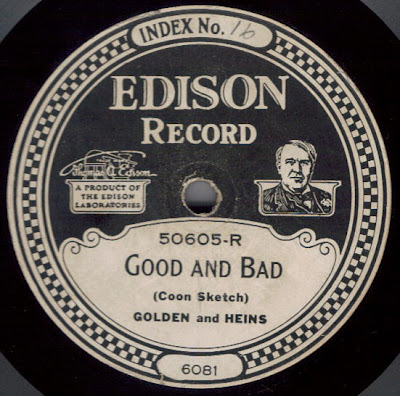 Billy Golden & Billy Heins/Billy Golden & Empire Vaudeville Co. - Edison 50605
Good And Bad/Turkey In The Straw - recording date unknown to me, likely 1915-1920-ish
WARNING - this disc is an old "darkey" comic recording and does use a racist word a little. PLEASE - if you are offended by this type recording, DO NOT listen to it.
Actually, this is a VERY mild "darkey" record. If you listen and replace the racist word with your best friends name, it is a pretty funny record. 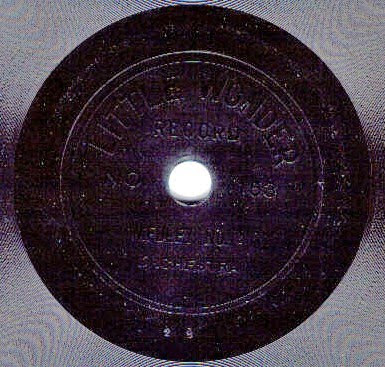 Orchestra (unknown artists) - Little Wonder Records No.153
Medley No.4 - recorded I believe in the late teens or very early 20`s
Neat little record measuring 5 1/2 inches across. For a disc so small that was recorded before microphones were used, it has suprisingly good sound. Smaller discs like this often have poor sound. This is also a single sided disc. Nice record!

Southern Mountain Folksongs And Ballads LP on the Riverside label 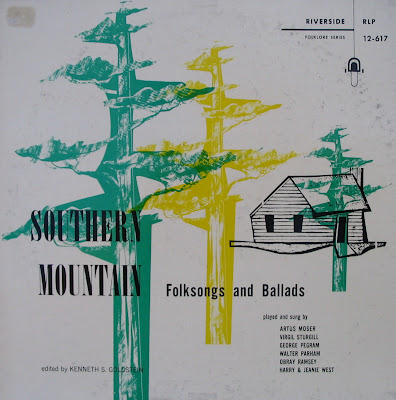 Here is another good LP with various old-time artists from the late 60`s or early 70`s. There is some fine stuff here. I recommend downloading it. Artists include Artus Moser, Harry & Jeanie West, George Pegram, Walter Parham, Virgil Sturgill And Obray Ramsey. This LP is sort of like a sampler, some (if not all) of these tracks maybe on another LP printed sometime.
Hope you enjoy it! 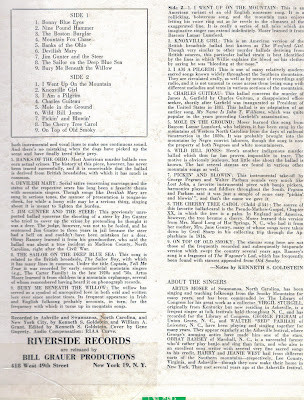 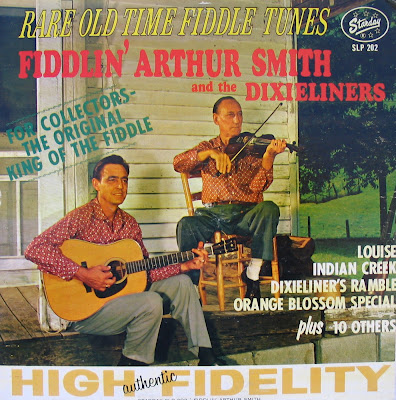 Here is a great one! This is certainly my favorite recordings of Fiddlin` Arthur Smith. He was great in the 50`s on the Folkways records with Sam & Kirk McGee, but for some reason this disc really appeals to me. I especially like the song Louise, which I`m assuming Smith made up. It`s sort of a novelty number without going overboard into trick fiddling.. Also, Arthur`s son Earnest is playing back-up guitar and for some reason his style of back-up really sounds good with Arthur. This is just a good all-around fiddle album.
Hope you enjoy it! 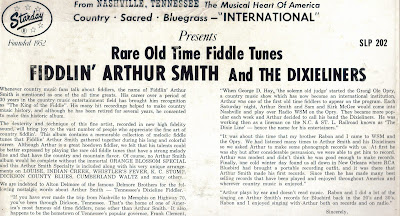