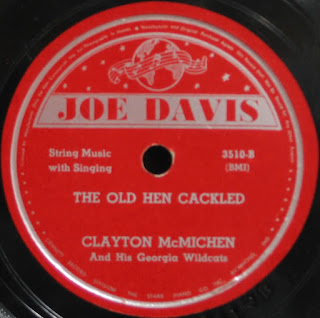 The reason I`ve posted this is because I was in a short discussion about the McMichen discs on the Joe Davis label on Facebook recently. This was recorded for and issued on the Varsity label originally, the Facebook discussion mentioning Joe Davis label material was mostly, if not all, rented/leased from other labels. Joe Davis shellac is usually pretty grainy, causing the discs to be pretty noisy, but this one is pretty good sound quality-wise. Enjoy! 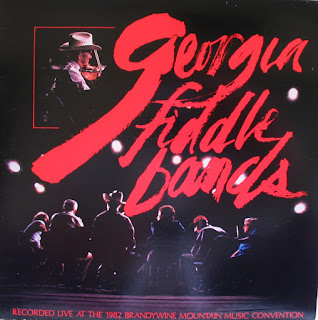 Here is just a GREAT LP. Trust me, just download it because if you follow my blog I know you`ll like this! How could you top a Georgia string band LP that has Lowe Stokes of The Skillet Lickers and Gordon Tanner (Gid Tanner`s son) on it? 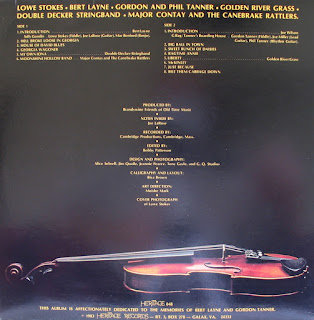 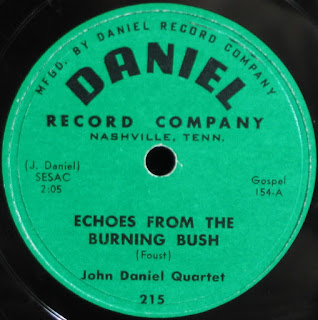 Here is a great southern style gospel quartet disc. Likely recorded around 1950. Echoes From The Burning Bush is a gospel quartet standard, and this is a great, peppy version. I believe in the 1940`s they were based in Nashville and were on WSM, and possibly even performed on the Grand Ole Opry. 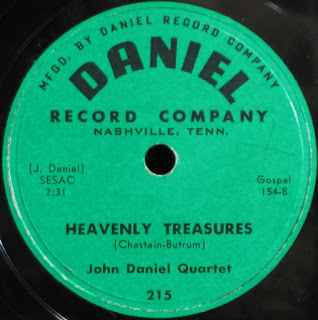 Posted by Allen`s Archive at 1:44 PM No comments: 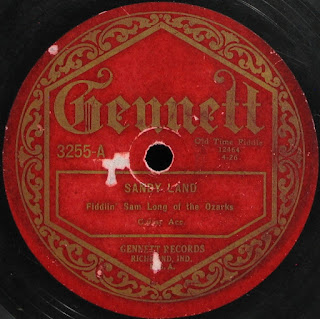 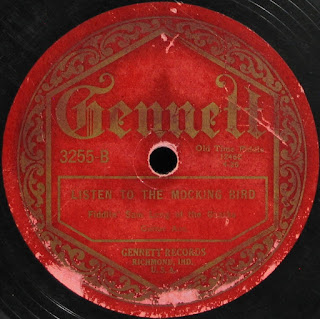 Here is what seems to be a pretty rare disc. Sam Long was a fiddler from southwest Missouri that apparently got to make some records as a result of a fiddling contest won in Joplin, Missouri. This was about all the information I could find on him. My copy of this disc is not in the best condition, but the sound quality is pretty listenable. Sandy Land has been issued on CD, but as far as I know his Listen To The Mocking Bird has never been re-issued, which is the main reason I`ve posted it here. Happy listening!


Posted by Allen`s Archive at 1:34 PM No comments: 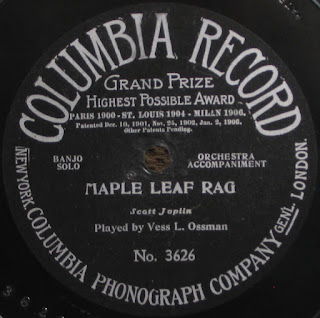 Here`s one we are going WAY back on. Vess Ossman, the classic style banjoist, was an immensely popular recording artist in the early days. I`m not going to go into much information here about him, as there is plenty of information on the internet that is easily found.
The song is of course the great Scott Joplin ragtime number, Maple Leaf Rag. This is a single sided disc, so one tune is all we get. I`m guessing this was recorded about 1905. Sound quality is pretty good as my disc is pretty nice.

Posted by Allen`s Archive at 1:21 PM No comments: 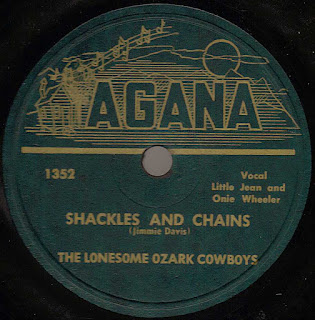 I had someone ask me if I had this disc a few times. Apparently it`s a pretty rare disc. I think this may be the first disc issued of Onie Wheeler and his wife Jean before he started recording for Columbia. There are some Onie Wheeler LP`s here in the Archive so I`m not going to go into any particulars on him here. I will say his daughter, Karen Wheeler, has a website at www.karenwheelermusic.com that has some nice information.
I`m guessing this was recorded about 1951 or 1952, but I couldn`t really find any information about Agana and this is the only disc I`ve ever saw on the label. 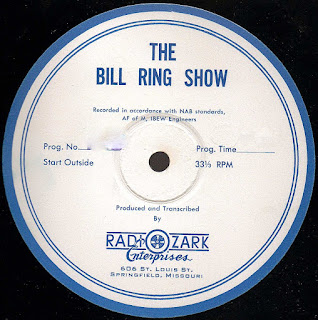 To all the devoted fans of The Bill Ring Show - here is all that I have left. This is the last of it! For this last Bill Ring post I`m not even going to put the track lists on here, just links to each disc to download.
I`ve had many good messages from people over this "series" and I hope you enjoy the last of it. Thanks for sticking around! 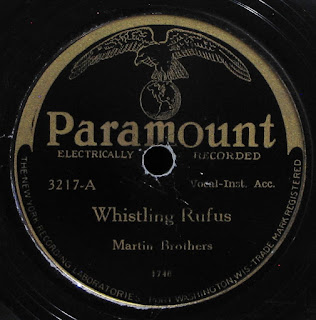 Here is one of those `mystery` records. Why was this not issued under the name Welling & McGhee? They were quite popular recording artists in the late 1920`s. I`m just guessing, but it surely would have sold more under their real names. Whistling Rufus was a common fiddle instrumental. It was an old pop `coon` song from vaudeville performances. The real name of the song was Rufus Blossom and had words, and is sang here on this disc. We also get some good jew`s harp playing. Climbing Up Dem Golden Stairs is what I`d call a `white spiritual`, a song written to sound like an earlier spiritual type song, although maybe the song is an older song than I suspect. CAUTION ---- both sides contain words that we now consider very offensive racially! So, PLEASE, if you are offended by that sort of stuff, please don`t download this. At any rate - happy listening as these are some interesting sides if you are a fan of old time music. 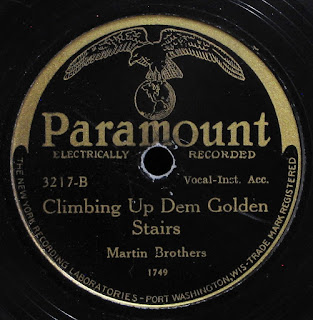 
Posted by Allen`s Archive at 2:12 PM No comments: 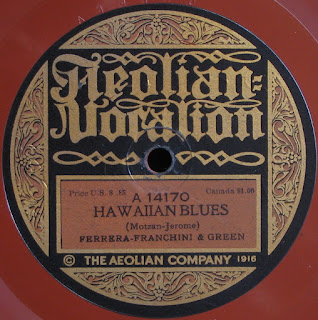 Here is a nice Hawaiian 78 I found while back in near mint condition. Sorry I don`t have the usual information for this that I usually post for country 78`s. This is an `acoustic` (pre-microphone) recording, so the sound will be a bit hollow. I think this was likely recorded in 1923 or 1924 by Frank Ferera, who recorded literally hundreds of Hawaiian sides for many labels. Enjoy! 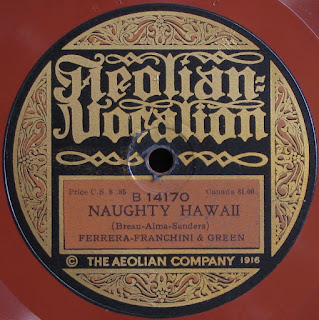 Posted by Allen`s Archive at 1:57 PM No comments: 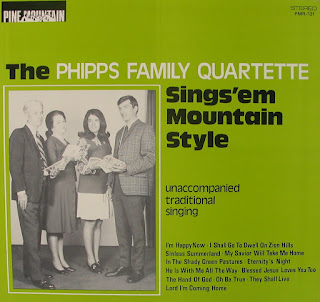 Here is another nice Phipps Family LP for downloading enjoyment! One kind of odd thing to catch your eye is the spelling of quartet on the LP cover, spelled quartette. On early 78`s from about 1924 or 1925 and earlier it was spelled quartette almost always, then labels dropped the ending t and e for some reason. I had just sort of wondered why that is. 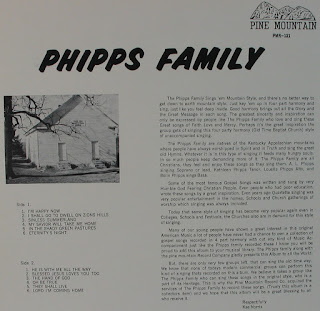