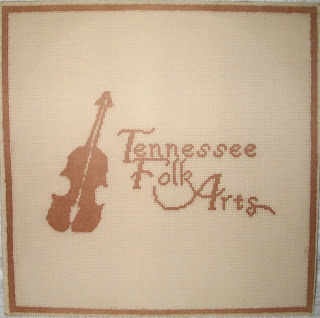 Here`s a pretty neat LP. Some of the artists on this I know nothing about, some will be quite well known by fans of old-time and traditional country music.
The record starts with an interview of Bill Harrison by the great Charles Wolfe. Charles Wolfe has written many articles and books about country and blues music. In my opinion he is the best author ever about this type stuff. His writing was very informative while being extremely entertaining, a rare combination. Unfortunately Charles passed away a few years ago with all the information gathered for a biography he was going to write about Uncle Dave Macon stored in his head. I had the pleasure of meeting him in his home about a year before he passed away. He was a great man to get to meet, I sure wish I could have got to know him better. The interview is unique due to the fact Charles was interviewing Bill Harrison about an anvil shoot, which is demonstrated on the LP.
David Holt is no stranger to any old-time music fan, especially old-time banjo pickers. He is a great old-time banjo picker and has even got into country blues in the last few years. An artist well worth looking up if you like this track.
Next we have the great Sam McGee playing two tracks I`d never heard before. I`m pretty sure this is the last known recording of Sam before his death in an accident on his farm with his tractor.
The Hotmud Family was an old-time string band in the 1970`s. They seemed to have leaned into the library of Uncle Dave Macon as the few tracks of theirs I`ve heard, most were Uncle Dave Macon tunes. They were pretty good, but I know nothing about them.
The Perry County Music Makers were a neat group featuring Nonnie Presson on zither. A zither is the father of the autoharp without the "auto" part. If you can imagine plucking an autoharp without the chord bars you can visualize someone playing a zither. It AMAZES me that someone could play such an instrument with strings so close together (I believe some has as many as 52 strings) with any speed or accuracy!! I know of no other artists that recorded with a zither except gospel blues artist Washington Phillips in the 20`s. So you can see what a rare treat it is to hear this. The Spring Fed Records label in Woodbury, Tennessee sells 2 cd`s of the Perry County Music Makers. If you like this they are sure worth buying.
W.L. Gregory & Clyde Davenport should be no strangers to fans of old-time music. Both seem to have learned from or been influenced by Burnett & Rutherford of the Monticello area of Kentucky. This is about the smoothest old-time string band type music in existence!! Clyde has the nickname "Clyde the Glide" for being well known for his smoothness on fiddle, although Clyde plays banjo on this cut (and is great on old-time banjo too!!).
Frazier Moss was a well known fiddler from middle Tennessee, around the Murfreesboro, Rutherford County area, known for producing early old-time music stars such as Uncle Dave Macon and Sid Harkreader.
I don`t really know anything about the other artists on this LP, so I`ll let their performances speak for them------ENJOY!!