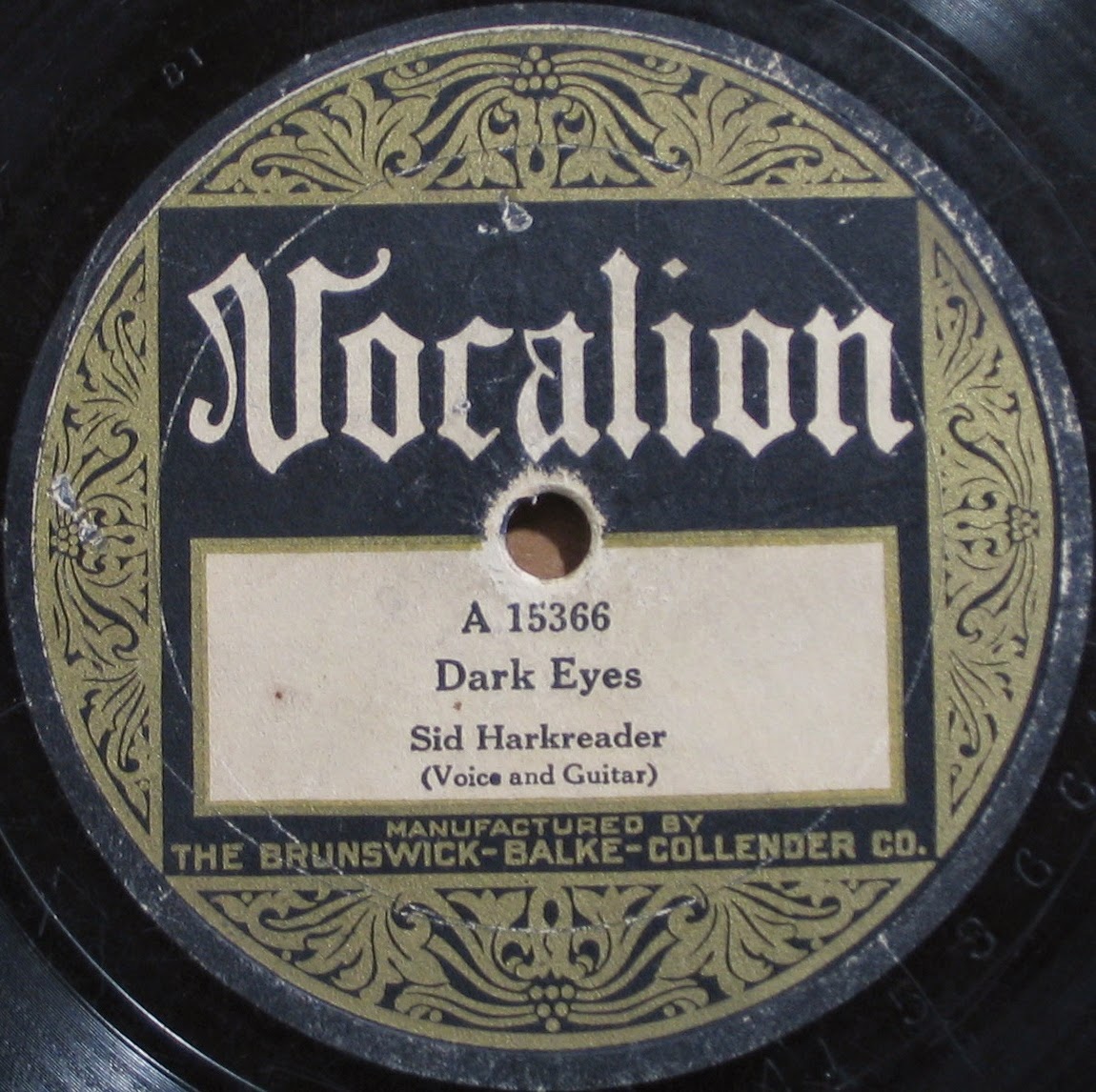 Sid Harkreader - George Reneau / Vocalion 15366
Dark Eyes / On Top Of Old Smoky
A side recorded April 13, 1925 in New York City, New York / B side recorded October 15, 1925 in New York City, New York
Here`s a bit of an oddity, two different artists on one 78. Actually it wasn`t too uncommon for some record companies in the 1920`s to do this with country records.
Fiddlin` Sid Harkreader was an early star on the Grand Ole Opry and in his first session  recorded on his own and with Uncle Dave Macon. Sid was of course known as an old time fiddler, but plays guitar on this old love song.
George Reneau was a blind songster from the Knoxville, Tennessee area. Here he is singing and playing another old love song that`s sort of a "spit in your eye" to unfaithful lovers and lovers that play "coy".