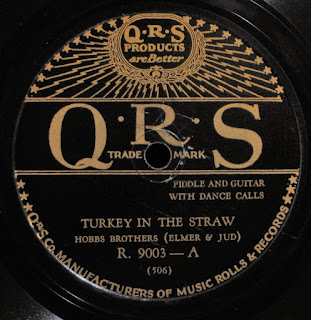 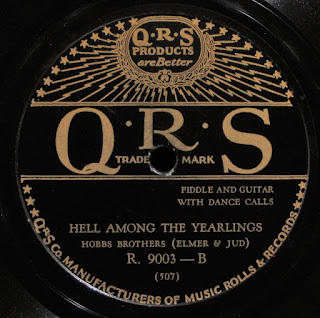 Hobbs Brothers (Elmer & Jud) / QRS R. 9003
Turkey In The Straw / Hell Among The Yearlings
recorded November 7, 1928 in New York, New York
I don`t think there is any information about these musicians. The performance of both sides are pretty virtuostic and reminds me a good bit of the Kessinger Brothers. I actually almost wonder if it is the Kessinger Brothers. The songs are old fiddle standards. These sides were recorded by Paramount and issued on Paramount and other mail order store labels such as Banner, Jewel, Oriole, Domino, Homestead, Regal, Conqueror,Broadway, Apex and others lesser known. I also have the Paramount, but it`s in a little rougher condition, so It`s noisier, but am going to include it for downloading. Happy downloading! 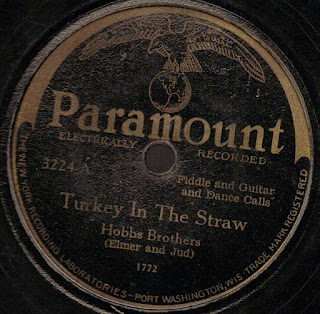