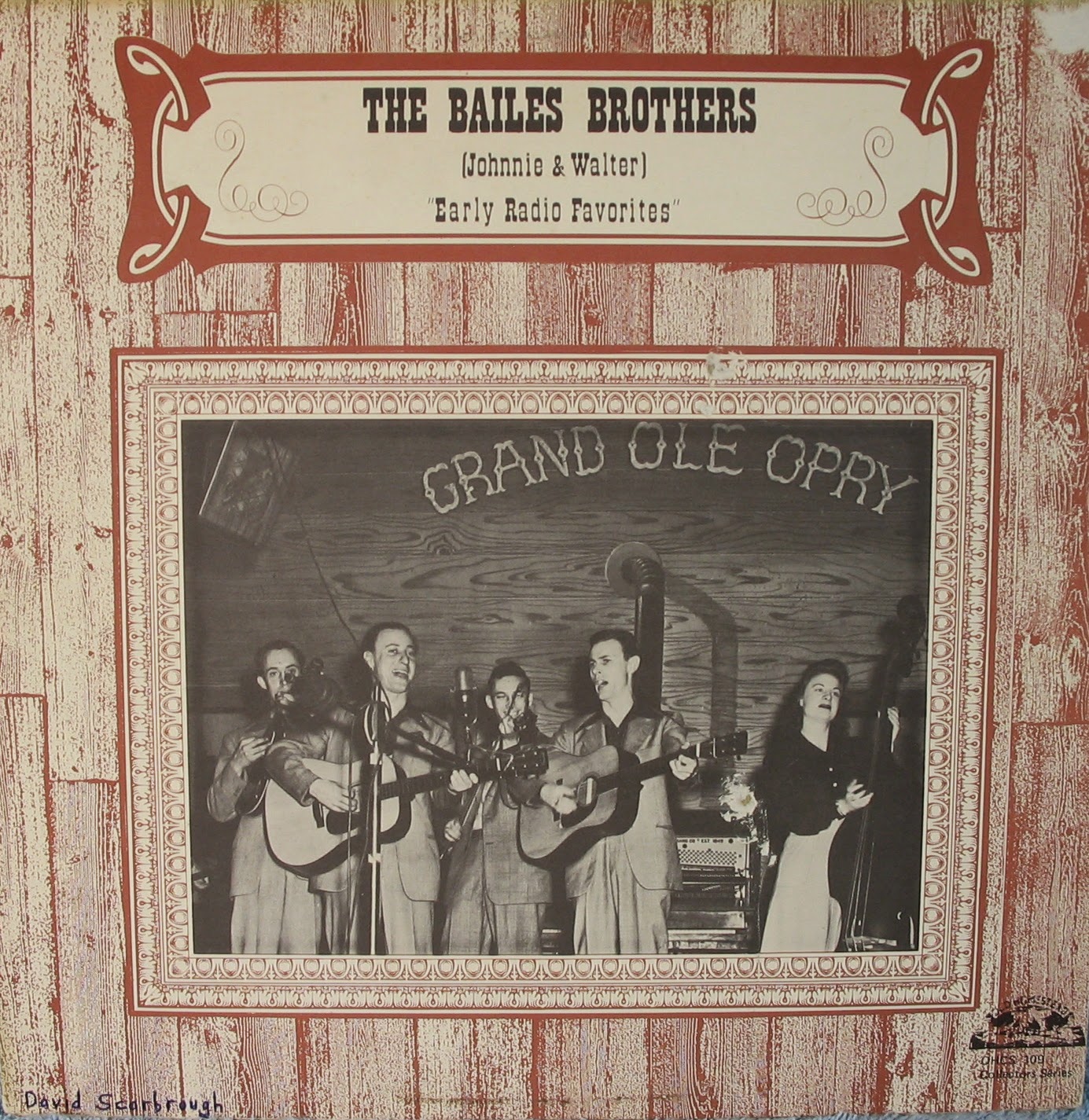 The Bailes Brothers were a brother group that were most well known in the early and mid 1940`s. I believe there were as many as five brothers and they played music with different combinations of brothers and also as more than one group of Bailes Brothers (sounds confusing!). They sang in a style that could be said to sound Roy Acuff-ish and sang many Acuff songs. They have sort of an intense sound with their harmonies and use it to good effect, especially on "moral message" songs. They didn`t have the polished sound of the popular brother groups of the 1930`s. They recorded off and on on up into the 1980`s as solo acts and different brother combinations. Give it a listen and enjoy! 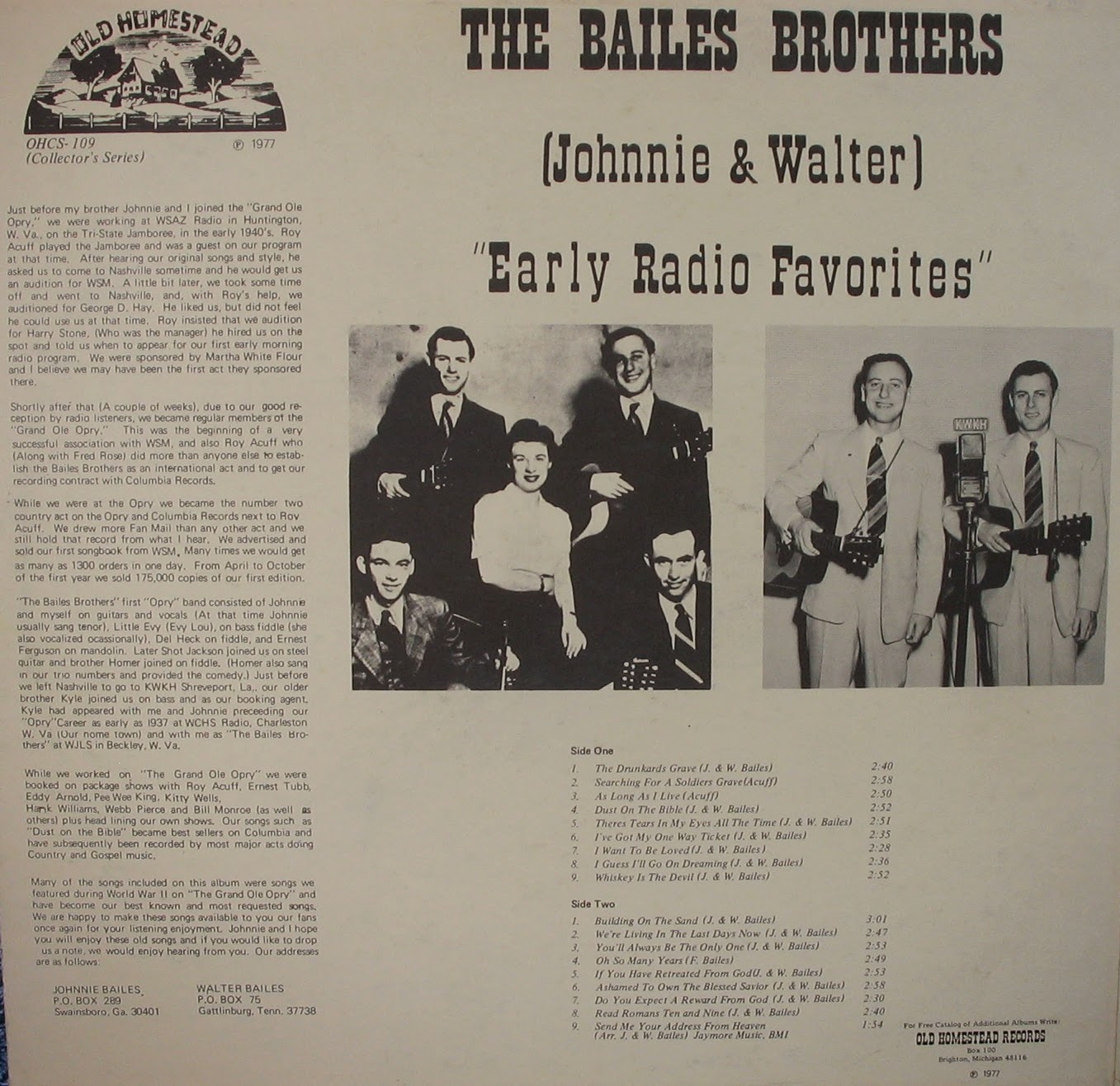