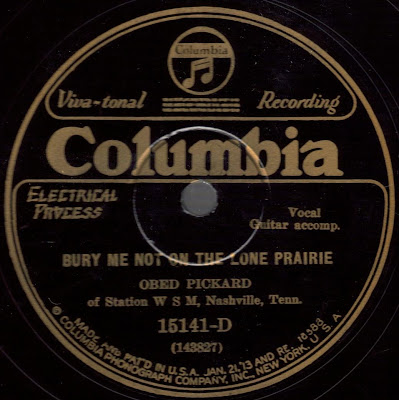 Obed Pickard / Columbia 15141-D
Bury Me Not On The Prairie/Kitty Wells / Recorded March 31, 1927
This is the first recording issued by Obed "Dad" Pickard. It`s neat the label says "of Station WSM, Nashvilee, Tenn" on it. Supposedly, Goerge D. Hay (who "invented" The Grand Ole Opry") set up this recording session for the Pickards, as they were artists on the Opry at this time. 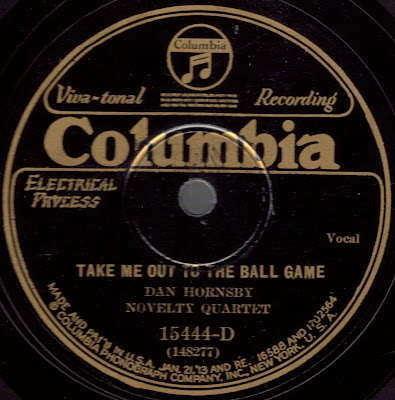 Dan Hornsby Novelty Quartet / Columbia 15444-D
Take Me Out To The Ball Game/Hinky Dinky Dee / recorded April 14, 1929
Dan Hornsby worked for Columbia, apparently looking for hillbilly talent. He made several records on his own and was on many of the Skillet Licker skit records. It`s neat to hear a complete version of Take Me Out To The Ball Game, a great American tune. 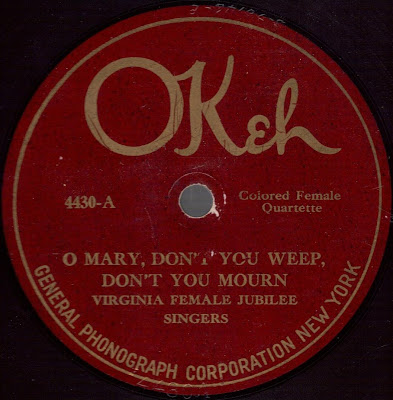 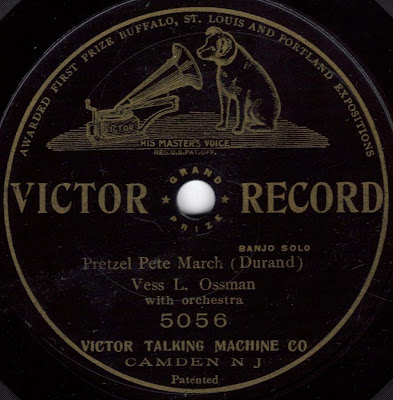 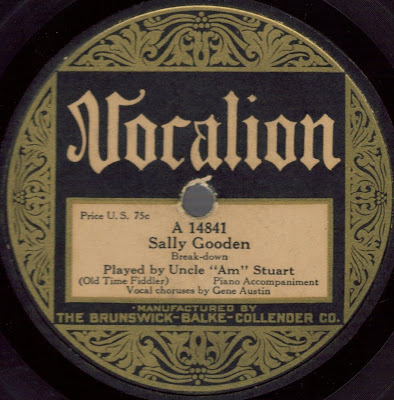 Uncle Am Stuart / Vocalion 14841
Sally Gooden/Leather Breeches / recorded July 7, 1924
Good old-time fiddlin` Tennessee style. Apparently got a recording session for winning a fiddling contest. One of the earlier country records. Although many fiddlers recorded solo at this time, the record company, for some unknown reason, paired him with a studio musician on tenor banjo named Gene Austin, who went on to have a hit of his own a few years later in the pop field called My Blue Heaven, which was a HUGE hit. 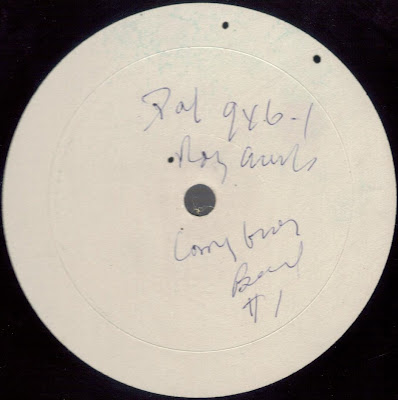 Roy Acuff / un-issued test pressing
Coming From The Ball / recorded April 11, 1940
Great old-time tune featuring "Sister" Rachel Veach on 5-string banjo and harmony singing. Rachel Veach was a cousin of Sam & Kirk McGee, which one of them got Roy to audition her to join hi band. After she was with Roy awhile he started getting mail asking how a little single country girl could travel with a bunch of boys and keep her "respect". So, to please the fans she made his dobroist her partner as her brother. This is where Pete got the name of Bashful Brother Oswald, from Roy`s imagination. 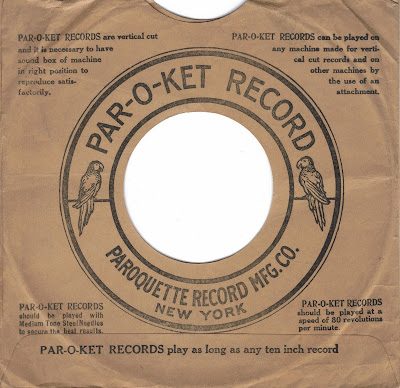 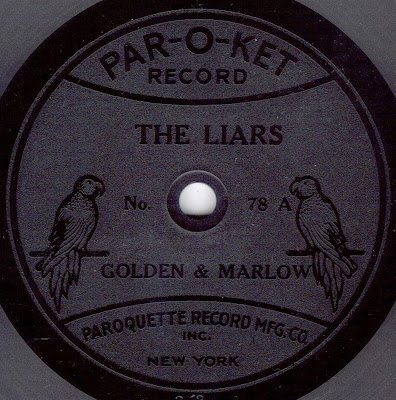 Billy Golden & James Marlow / Par-O-Ket No. 78
The Liars/The Darkies Oration On "Woman" / likely recorded in the early teens
7 inch disc. Here is an old "Coon" record. So, BEWARE, if you are offended by this type of material, please do not listen to it. The Liars is sort of a contest to see who can tell the biggest lie. A fun record to hear on a very unusual, rare label. The record label is actually molded into the record. I included a picture of the sleeve also because it`s pretty neat. 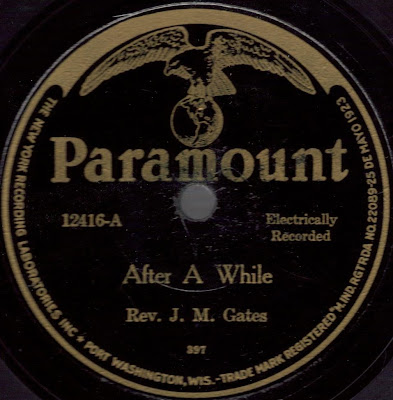 Rev. J.M. Gates / Paramount 12416
Baptize Me/After A While - likely recorded about 1926 or 27
Pretty neat record with some preaching and acapella singing. There were many preaching records in the 20`s, but I have just recently discovered them myself and think they are fun to listen to. 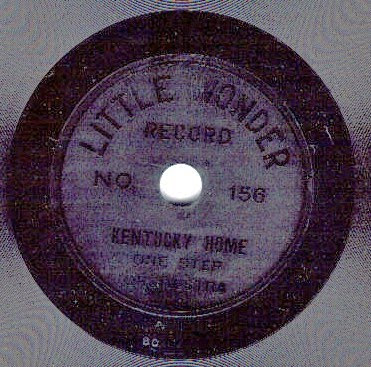 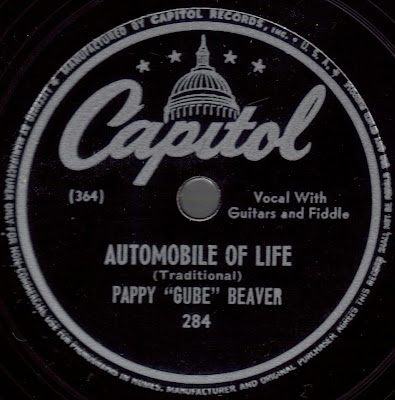 Pappy "Gube" Beaver / Capitol 284
You Can Be A Millionaire With Me/Automobile Of Life / likely recorded about 1948-ish
I know nothing about Mr. Beaver. I don`t often get 78`s that are recorded after World War 2. I got this because Automobile of life is a Roy Acuff song, I believe written by Roy. 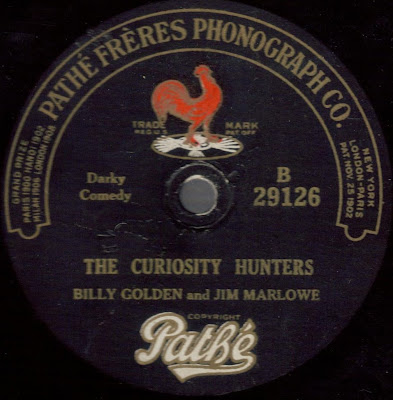 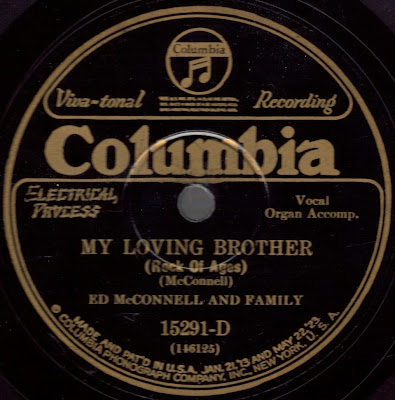 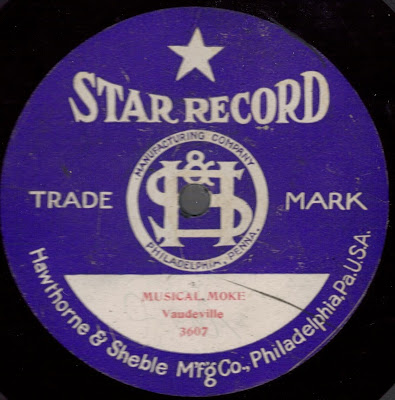 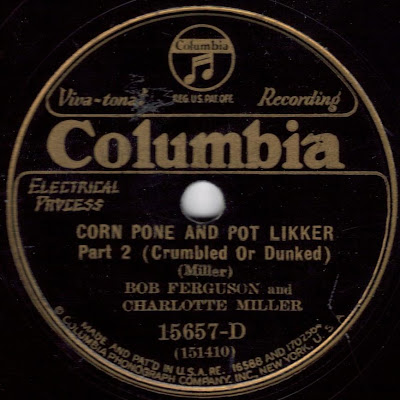 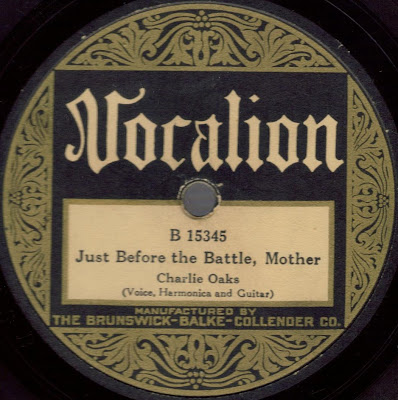 Charlie Oaks / Vocalion 15345
Home Of The Soul/Just Before The Battle, Mother / recorded August 4, 1926
I know nothing about him. Good solo record. 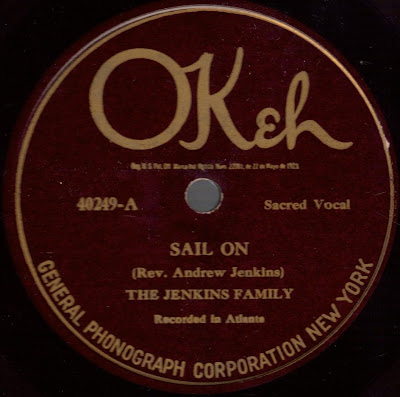 The Jenkins Family / OKeh 40249
Sail On/The Silver Lining / recorded August 28, 1924
The Jenkins family was led by the dad, "Blind' Andy Jenkins, who was a preacher in Atlanta, Georgia. He was well know for writing "event" songs, songs about stuff like storms, wrecks and murders. Likely his best know composition is The Death Of Floyd Collins, a song about a cave explorer who got stranded in a small passage by a rock that pinned his leg, he died before he could be rescued. 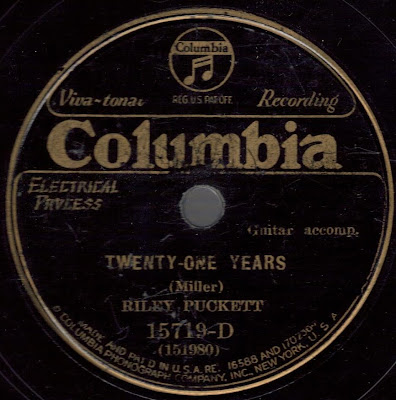 Riley Puckett / Columbia 15179-D
Twenty One Years/All Bound Down In Prison / recorded October 29, 1931
Both songs are jail tunes. Twenty One Years was a very popular tune. 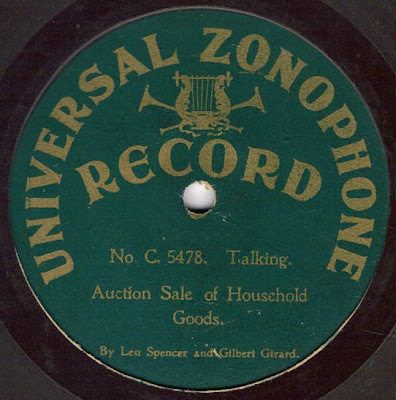 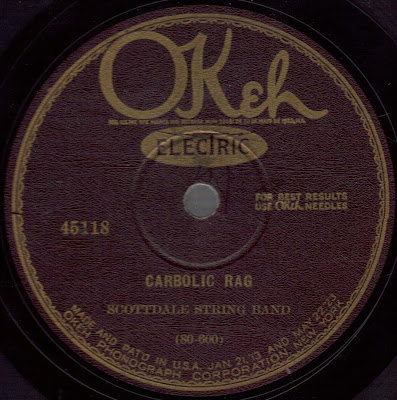 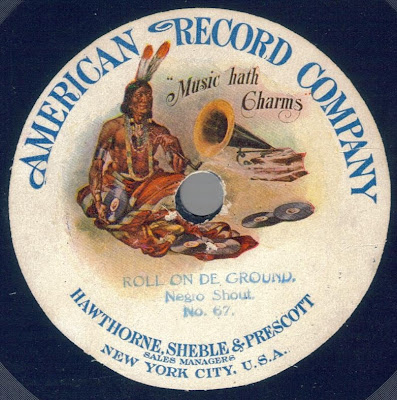 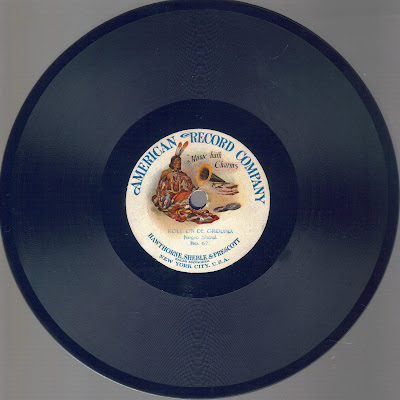