Today I`m posting 2 LP`s by Roy Harper & Blake Bynum on the Pine Mountain Records label.
Roy Harper will be no stranger to anyone from middle or east Tennesse that frequents the old-time music festivals and contests. He is a well known songster, largely in the Jimmie Rodgers style. He has won many old-time singing contests over many years. He plays flat-top rhythm guitar and harmonica in a rack so he can play both instruments at the same time. He is also known to play the kazoo.
Blake Bynum was a great instrumentalist, playing finger-picked country style guitar and was also great in the old country-Hawaiian lap style. He usually played an old National square neck Tri-Cone guitar, but also played electric lap steel occasionally. His guitar styliongs were also very blues influenced. He sort of had a style of his own on each instrument, being influenced by country & blues finger picking and Hawaiian guitar styles. I love the Hawaiian instrumentals he does here. Straight forward Hawaiian songs with a little country blues influence makes for some fime picking in my book. I don`t know hardly anything about Blake Bynum, except that he had a group in at least the late 40`s and into part if not all of the 50`s called The Sand Mountain Boys. An internet search on Mr. Bynum turns up pretty much nothing. I`d like to hear any information on Blake anyone might have.
I have a couple more of their records I`ll post someday----hope you enjoy! 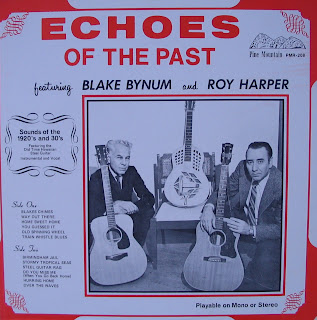 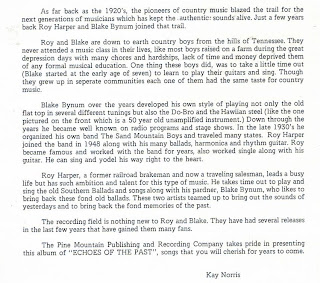 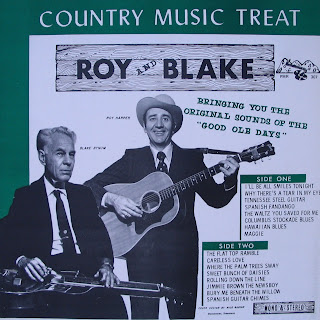 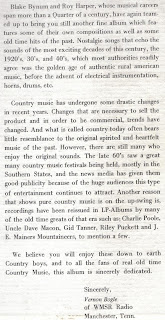