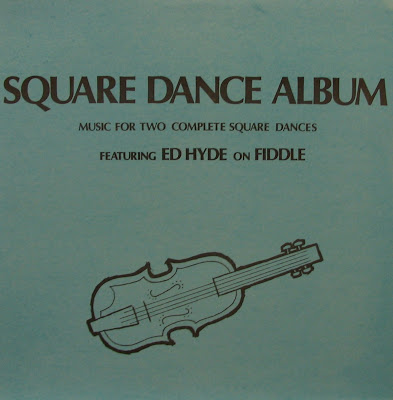 Here`s a pretty good fiddle album. Ed Hyde was the fiddler for the Crook Brothers on the Grand Ole Opry I believe for most of the sixties and into the mid seventies when he passed away. I really don`t know any more about him other than what is on this LP cover.
His style is sort or bluegrass with definate old-time fiddle roots, like many of the early bluegrass fiddlers that came out of the thirties. The back up pickers are bluegrass style players. Too bad he didn`t make this record with the Crook Brothers backing him up, that would have been great (and better in my opinion).
Give this LP a listen and hear an old Opry legend, albeit possibly an unknown one. 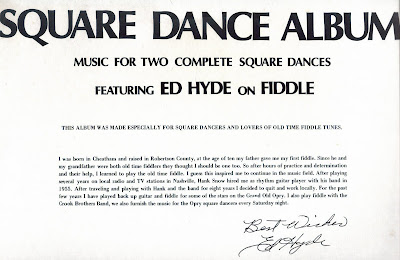 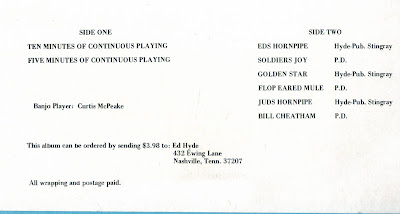