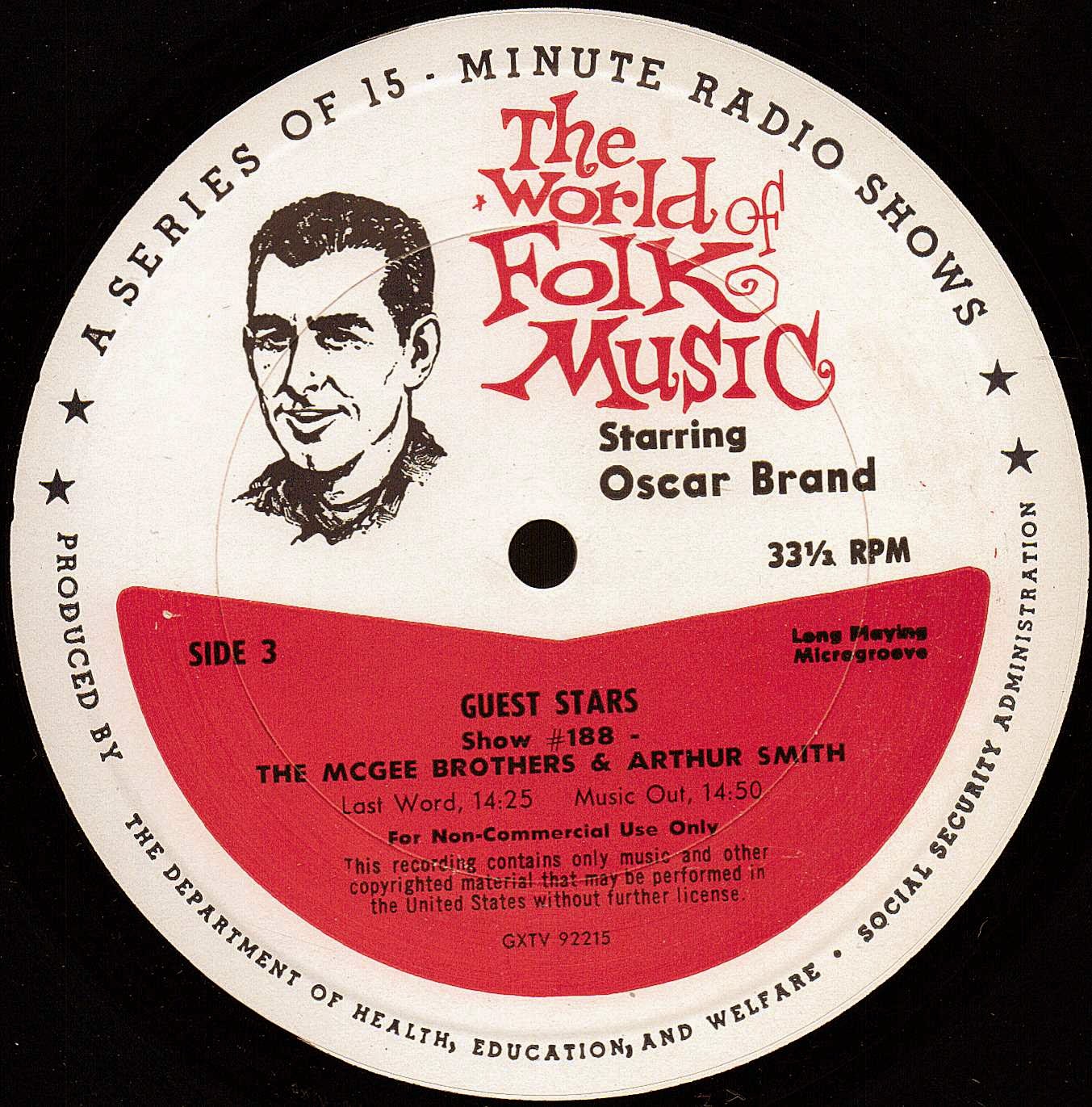 Here`s an unusual item I never knew existed until I stumbled across these discs on ebay. I have about six of these discs and will be posting them all. So... what we have here is a transcription disc of a radio show hosted by Oscar Brand. Each side of each disc has a guest on it. Before I listened to these I figured the show was done by using existing recordings by the guests, but no, they are recordings made just for this show. We also get a little bit of back and forth talk between Oscar Brand and the guests. These discs were made for information about Social Security, as you will hear by the stories on the sides in lieu of advertisements.
Show #188`s guests are Sam and Kirk McGee with Arthur Smith
Track list---
1. Bow Ye Down - Oscar Brand
2. Dusty Miller - The McGee Brothers and Fiddlin` Arthur Smith
3. story
4. Roll On Buddy - The McGee Brothers and Fiddlin` Arthur Smith
5. Great Granddad - Oscar Brand

Show #189`s guest is a group called The Tripjacks. I have no idea who they were, nor do I care for their style of singing, but I`ve posted the disc as a whole.
Track list---
1. The Hind Part Of A Mule - Oscar Brand
2. Let Me Fly - The Tripjacks
3. story
4. Child Of The Moonlight - The Tripjacks
5. Lowlands - Oscar Brand 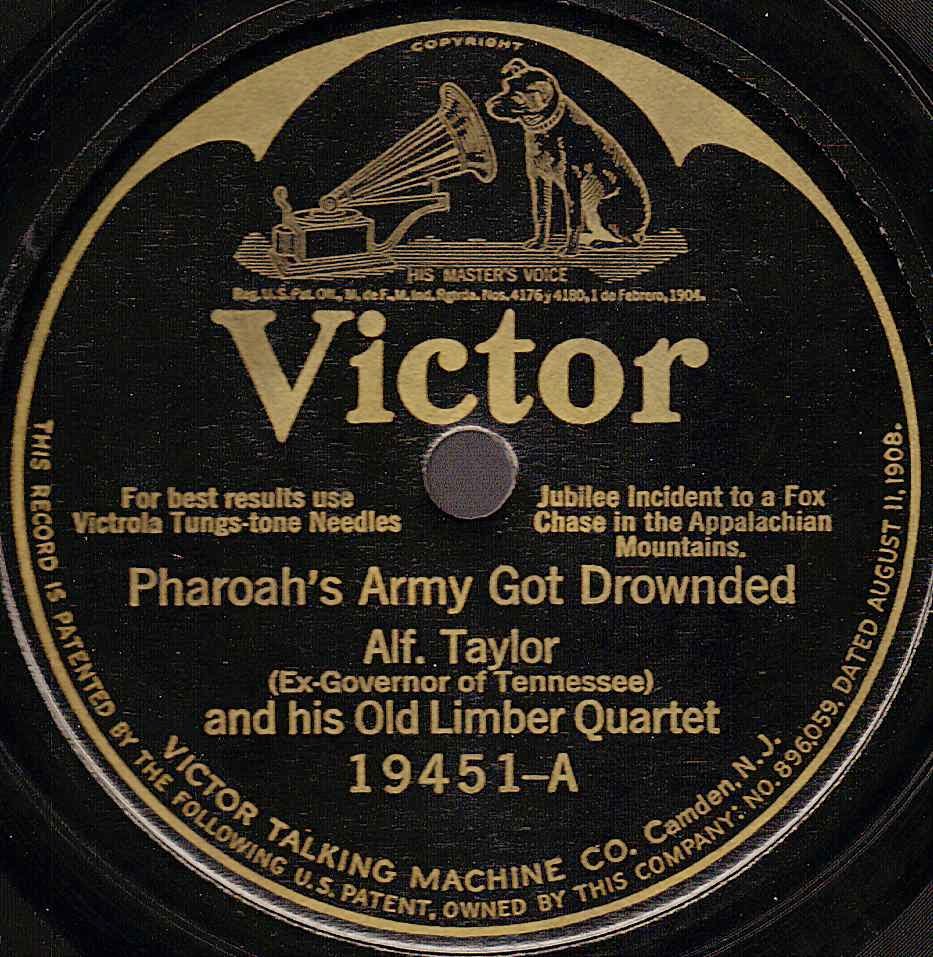 Alf. Taylor and his Old Limber Quartet / Victor 19451
Pharoah`s Army Got Drownded / Brother Noah Built An Ark
recorded August 11, 1924 in New York City
What an unusual record! First, Alfred Taylor was an ex-governor of Tennessee, as had his brother Bob also. Alf & Bob actually were of different political parties, one being a Democrat, the other a Republican. They ran against each other at least in one election. This campaign became known as Tennessee`s War Of The Roses, as apparantly the campaign between the two brothers was quite friendly. Both brothers were old-time fiddlers and both played at the campaign rallies. Old time music was quite common at campaign rallies up into the 1950`s. For instance, in Georgia, Both Fiddlin` John Carson and Gid Tanner both fiddled for governor`s campaigns. These campaigns must have been quite a sight to see, and hear!
Now, concerning the record---although Alf Taylor was an old time fiddler, no fiddle music is on this disc. He recorded about three sided besides what is on this record that were fiddle tunes, but for some reason they were never issued on disc. Reading the description on the Pharoah`s Army Got Drownded Side, I expected to hear a Fox Chase type tune, something similar to harmonicaist DeFord Bailey`s Fox Chase or the old Gid Tanner Fox Chase record. But no, we get a narrative from Alf Taylor about a fox hunt, then a "Negro" (in Alf Taylor`s words) quartet sing the old spiritual number, Mary Don`t You Weep. The quartet is quite good. Then on the other side is another number by the "Negro" quartet sang quite well. And what an unusual name for a group, The Old Limber Quartet. Well, Alf Taylor gives us a hint in his narrative about where that name may have came from, a favorite hound named Old Limber. Happy downloading! 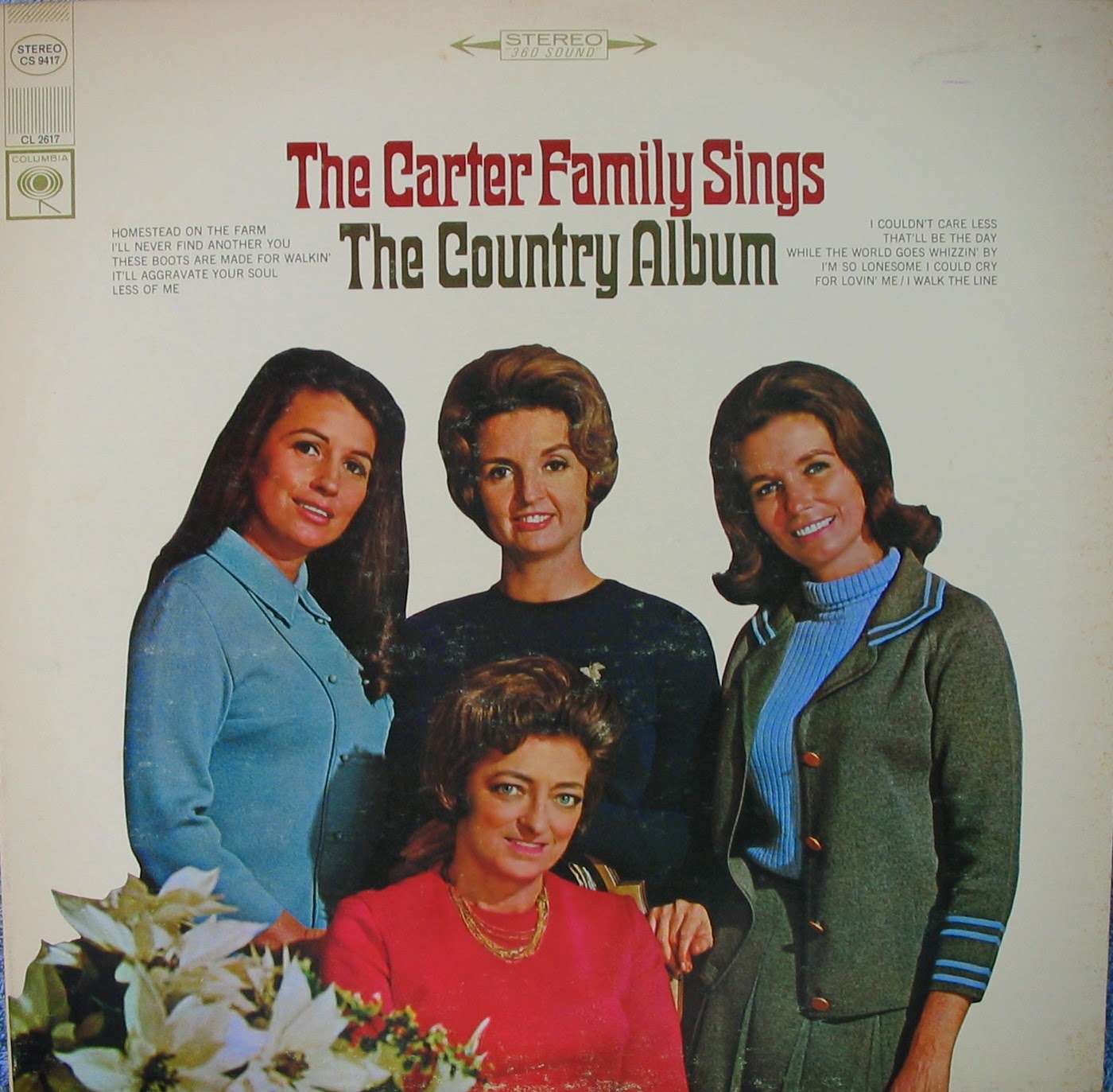 Sorry to have not been posting every week as usual. I`ve been really busy with work lately and had many busy weekends too. Anyhow, we are moving ahead with the Mother Maybelle Carter related material. Here`s a good LP of her and her daughters. Enjoy! 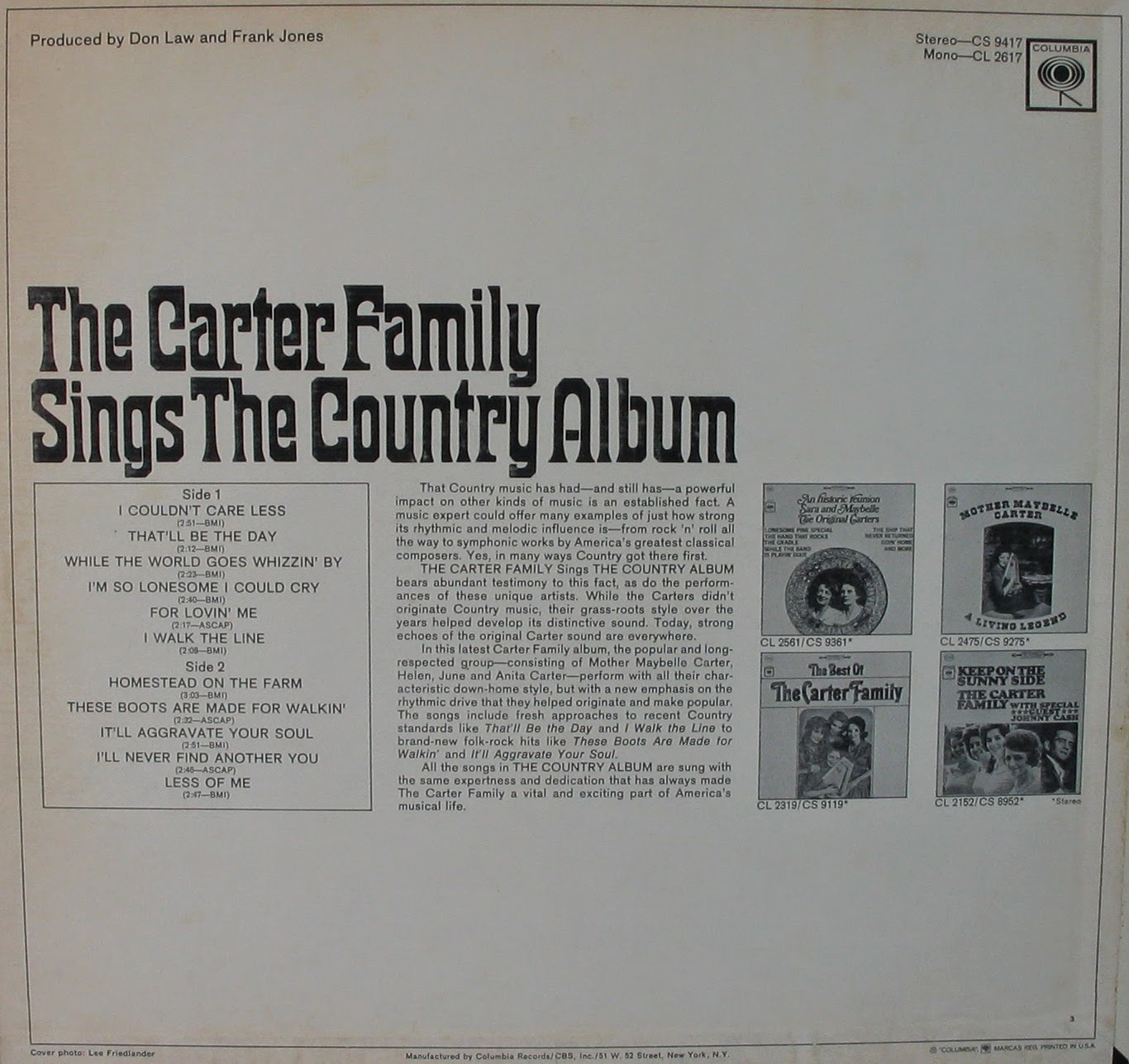 Posted by Allen`s Archive at 8:53 AM No comments: