The Worst Of Homer & Jethro 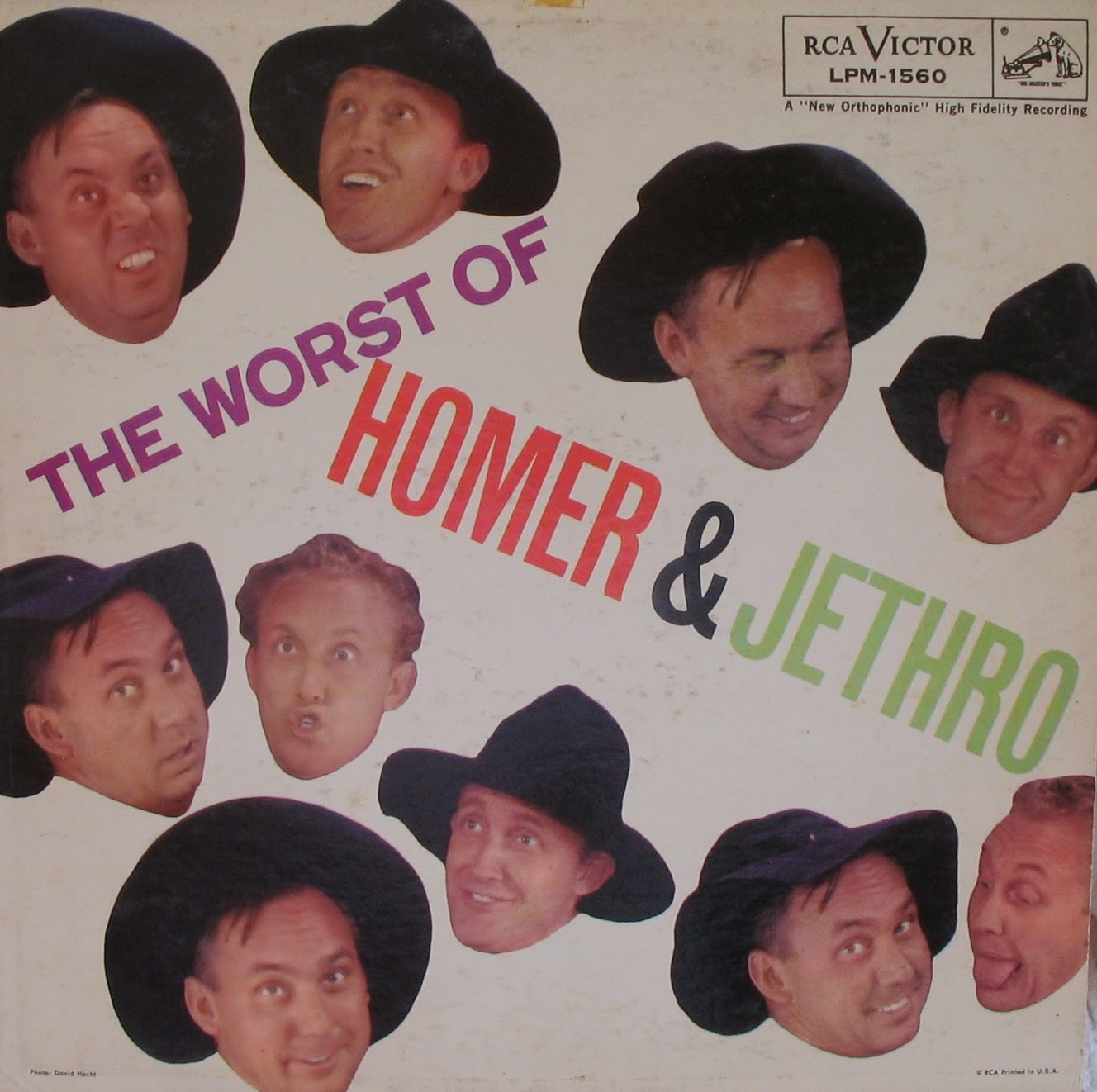 How about a little country comedy? Here`s Homer & Jethro delivering some tee-hee`s in only the way they could. Get it while it`s hot! 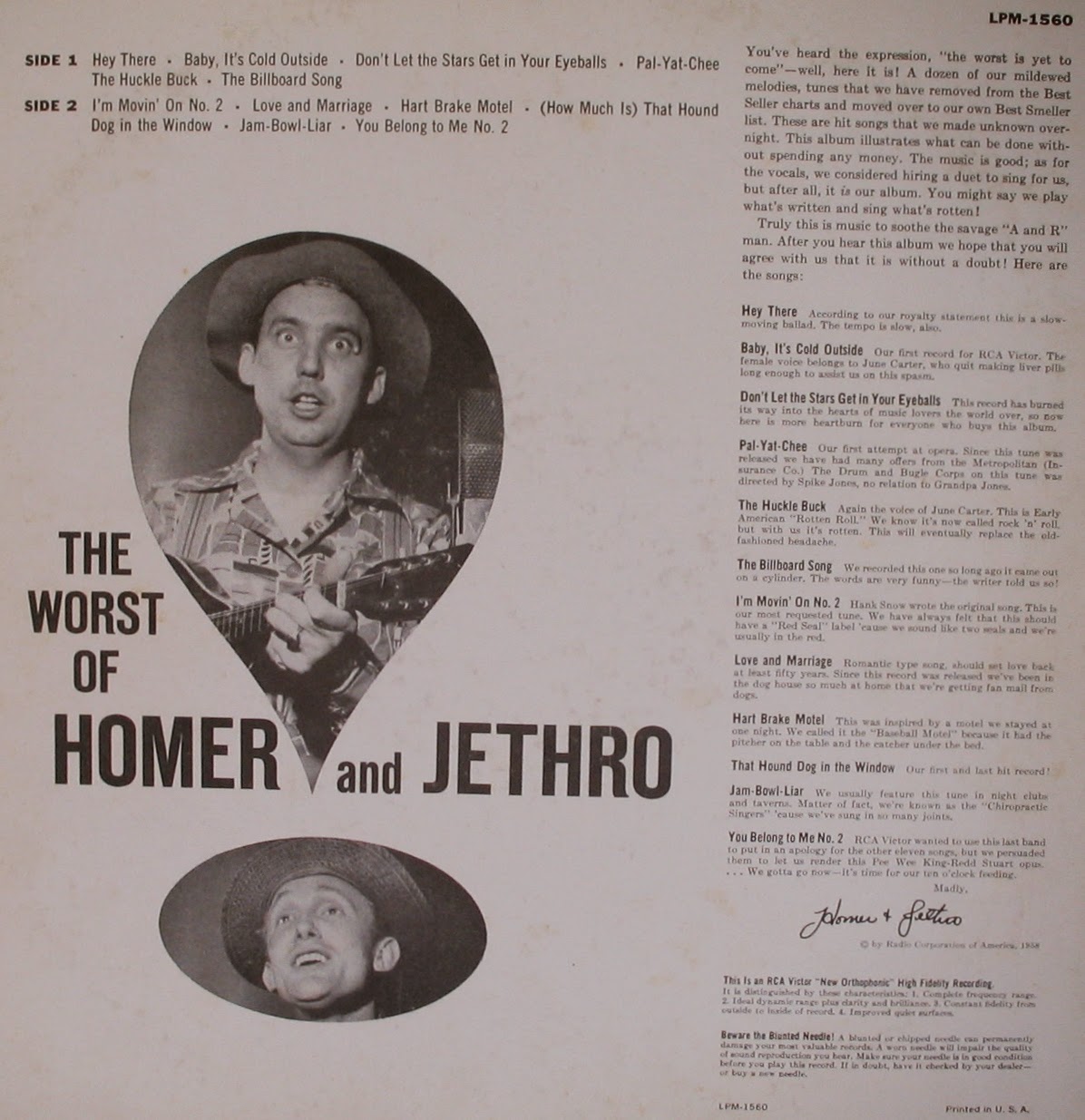 Posted by Allen`s Archive at 5:20 PM No comments: 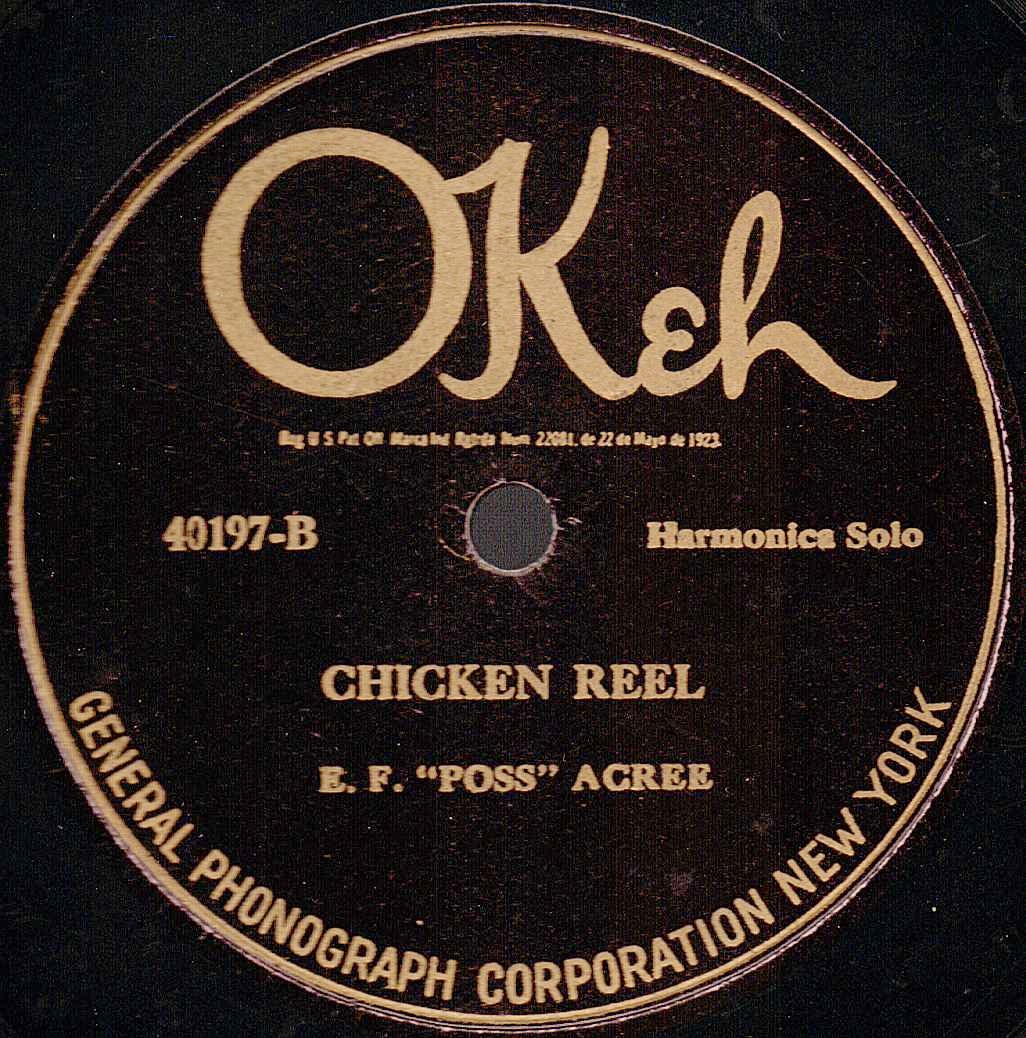 Here`s another artist that I can find no information about at all. I don`t even know what his initials stand for. Here`s a few facts I can tell you about the record though. This was recorded 90 years ago this month! This is the only disc this artist made. It`s some of the earliest country music to be recorded. We have here a pretty good harmonica solo. Missouri Waltz was a pretty popular tune, to be made popular again in the late 1940`s by President Harry Truman, who was a piano picker and frequently played this tune on the piano as he was from Missouri, and reportedly he didn`t care for the song. Chicken Reel is of course the old time hoedown tune we are still familiar with today and is well played here. This disc is in pretty good condition and sound quality is pretty good for a field recording at the time with acoustic (non-microphone) recording equipment, but there is a buzz in the background that I can`t figure out. It is on the disc though, not a problem with any of my equipment. Happy Downloading! 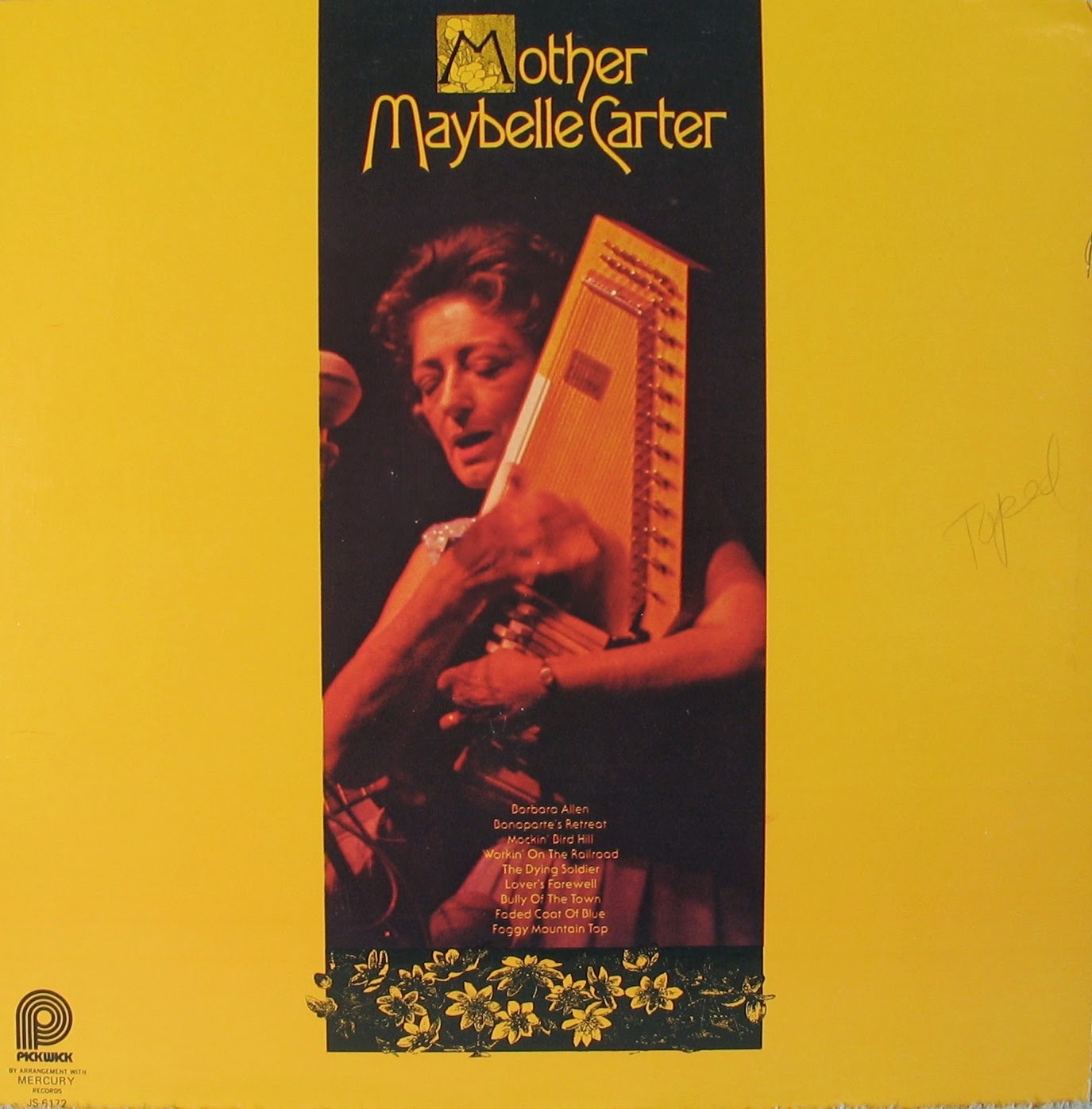 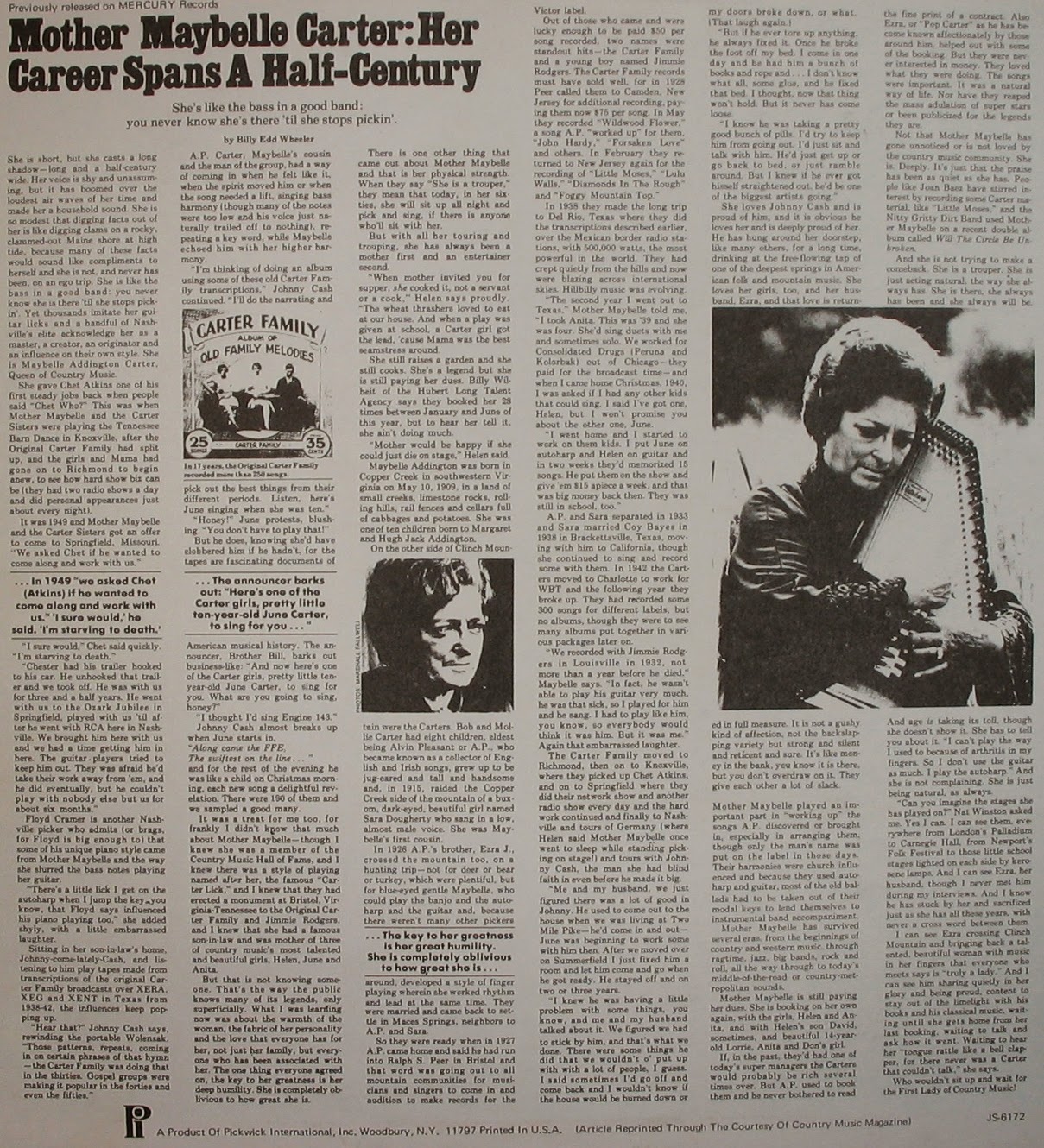 Well, we have had another snow here, so one more Hawaiian type record is in order. This is an old ten inch LP I have that I like pretty well. I know nothing about the musicians, etc. I do love the album cover though! Happy listening! 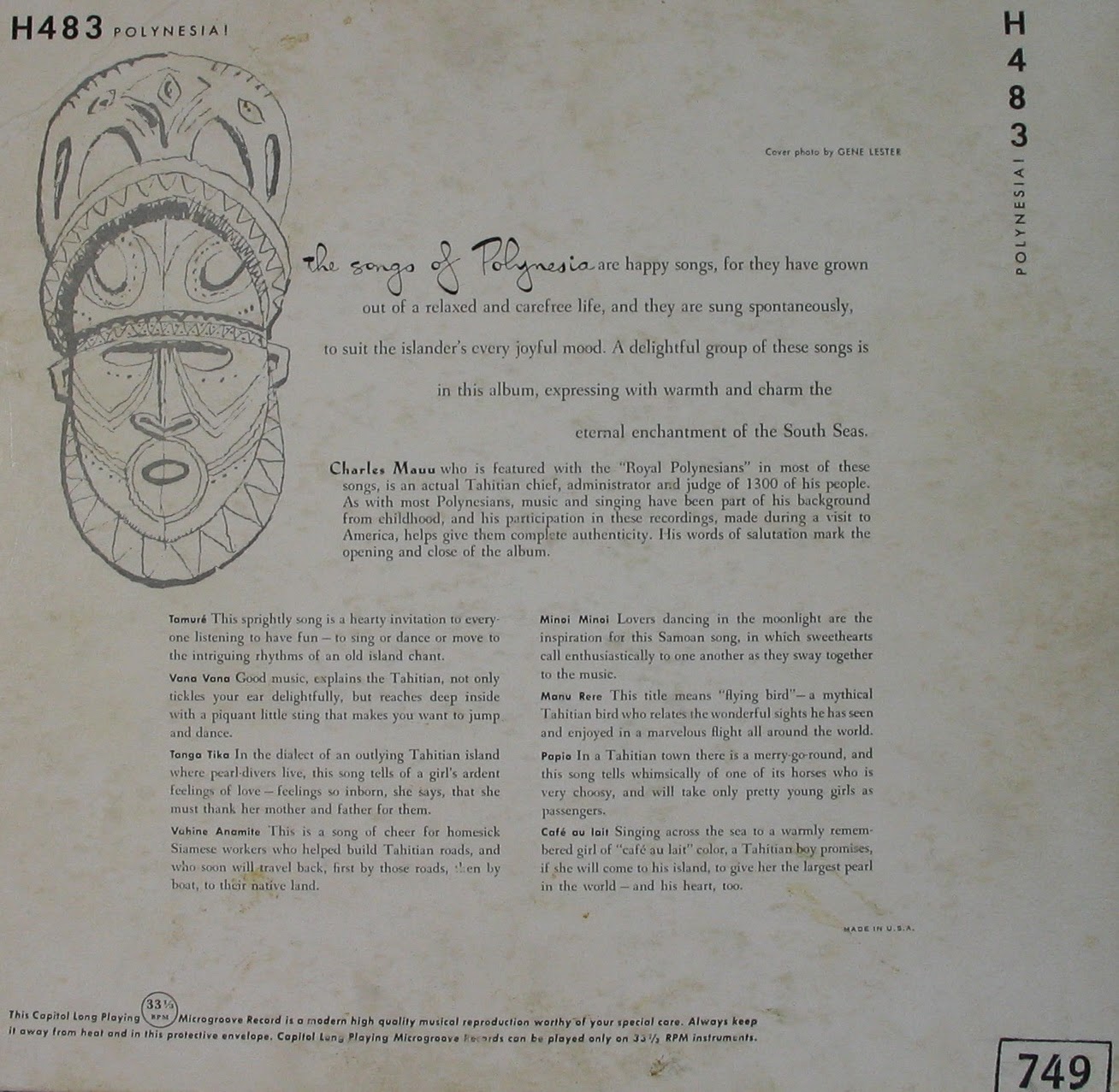 Here is another 78 which is the only record the artist made. I can find no information about L.K.          Reeder. All I can tell you is about what I hear on the disc. First off, this is an acoustic                           (pre-microphone) recording and is fairly noisy throughout. Also, they may have been having trouble   with the motor on their disc cutter, as it sounds as if the speed of the record varies some.
I don`t think I`ve ever heard the song on the A side, sounds like an old pop love song to me. The B      side is an old tune likely from the 1880`s that was adopted by old-time musicians through the years.    It`s a song of an Indian maiden, sort of in the vein of Redwing, Silver Bell, Snow Deer etc.
I cant` say that L.K. Reeder had a beautiful voice or was much of a back-up guitar picker. We don`t even know who was playing the harmonica, and they are no harmonica wizard as they play the tune without any bent notes, etc. But give it a download, as it`s part of our country music history! 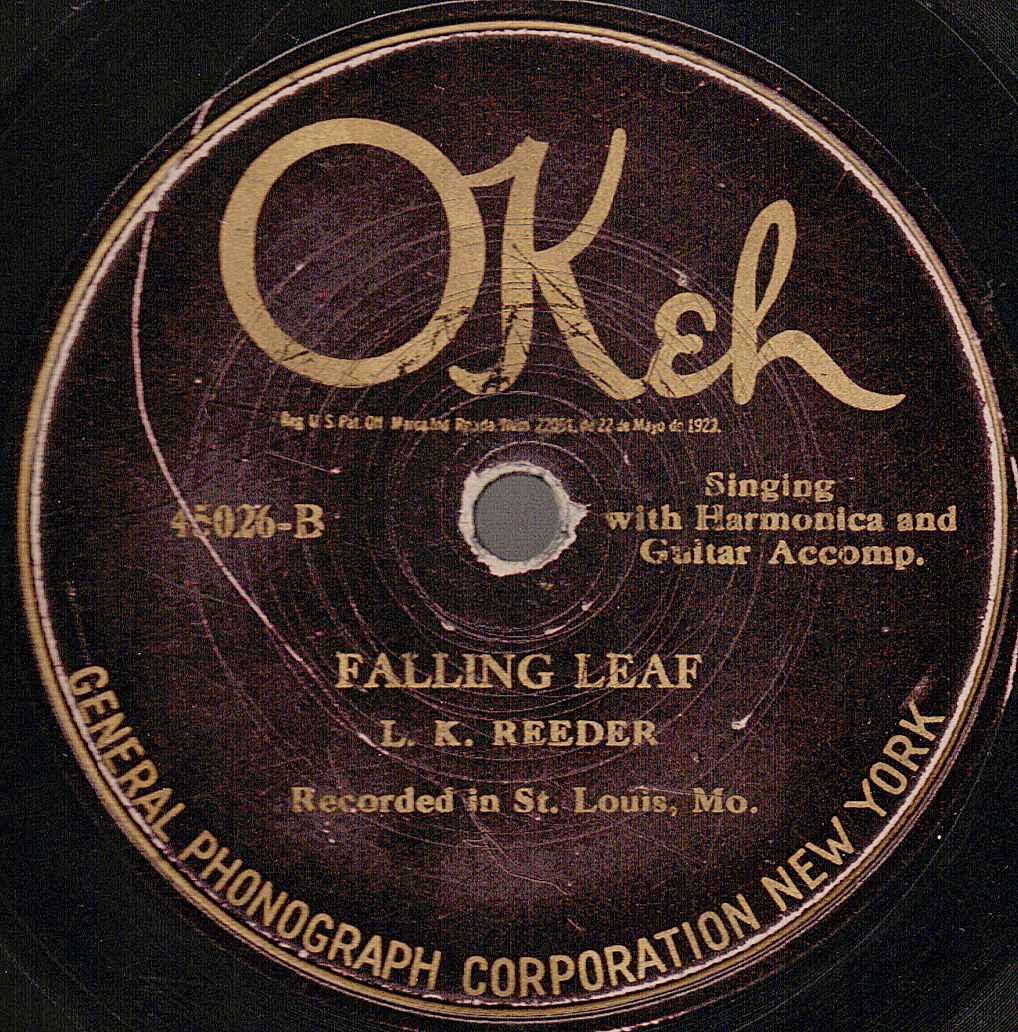 
Posted by Allen`s Archive at 1:49 PM No comments:

Mother Maybell Carter And Her Autoharp 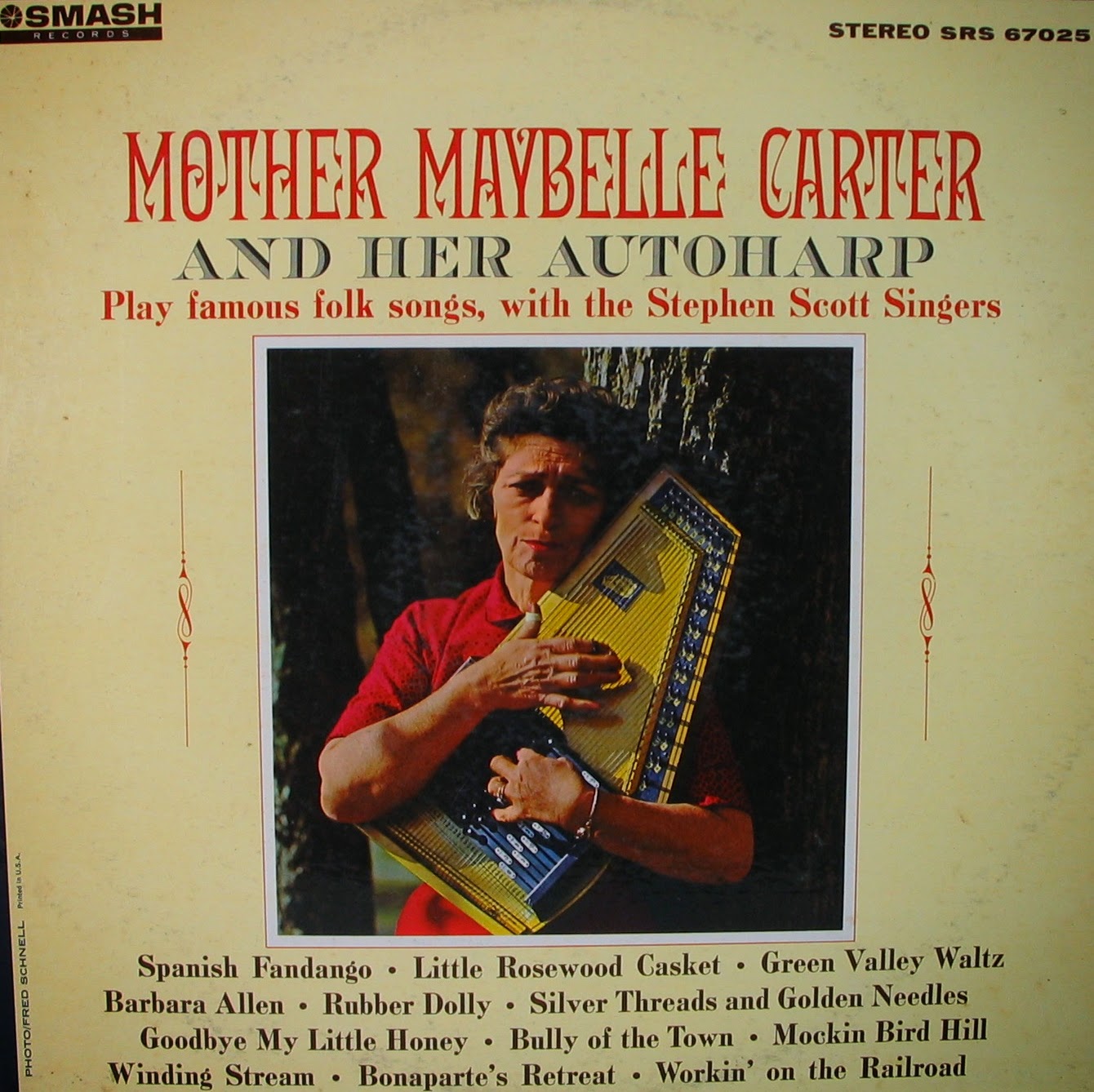 This LP is the start of a small series of LP`s I`ll be posting, all my Mother Maybell Carter related LP`s. I`ll not be posting Original Carter Family items though, as they have all been released on cd. What we`ll have here is post-Original Carter Family stuff, except for some radio transcription shows I have that were re-issued on LP. Also included will be Mother Maybell and the Carter Sisters items.
Now this LP we have here is an all instrumental autoharp LP. After the early 78 era of the 1920`s & 1930`s, the autoharp all but disappeared from county music. If it wasn`t for about four people, Mother Maybell Carter, Sara Carter, Ernest "Pop" Stoneman, and later Kilby Snow in the late 1950`s & 1960`s, the autoharp may have very well became extinct.
If I understand right (and I know nothing about playing autoharp), it was invented to be a chording accompaniment instrument. Sara & Maybell Carter, as well as Ernest Stoneman, developed a way, in different styles, of playing lead, or the melody, of a song. The autoharp was intended to be played laying on a table or your lap, as Ernest Stoneman did. Sara & Maybell Carter pretty much invented the fashion of holding the autoharp against your chest, as in the picture on the LP cover. This gives a different sound and tone to the instrument, a warmer tone I think. It would also project sound better to other people. Apparantly Ernest Stoneman tried to make his autoharp easier to ear by building a case for it that acted as a resonator when opened and played. If you want to compare Ernest Stonemans sound to the Carter sound, just search Ernest Stoneman in the search box at the upper left of the blog page and you can find some other items to download. Enjoy! 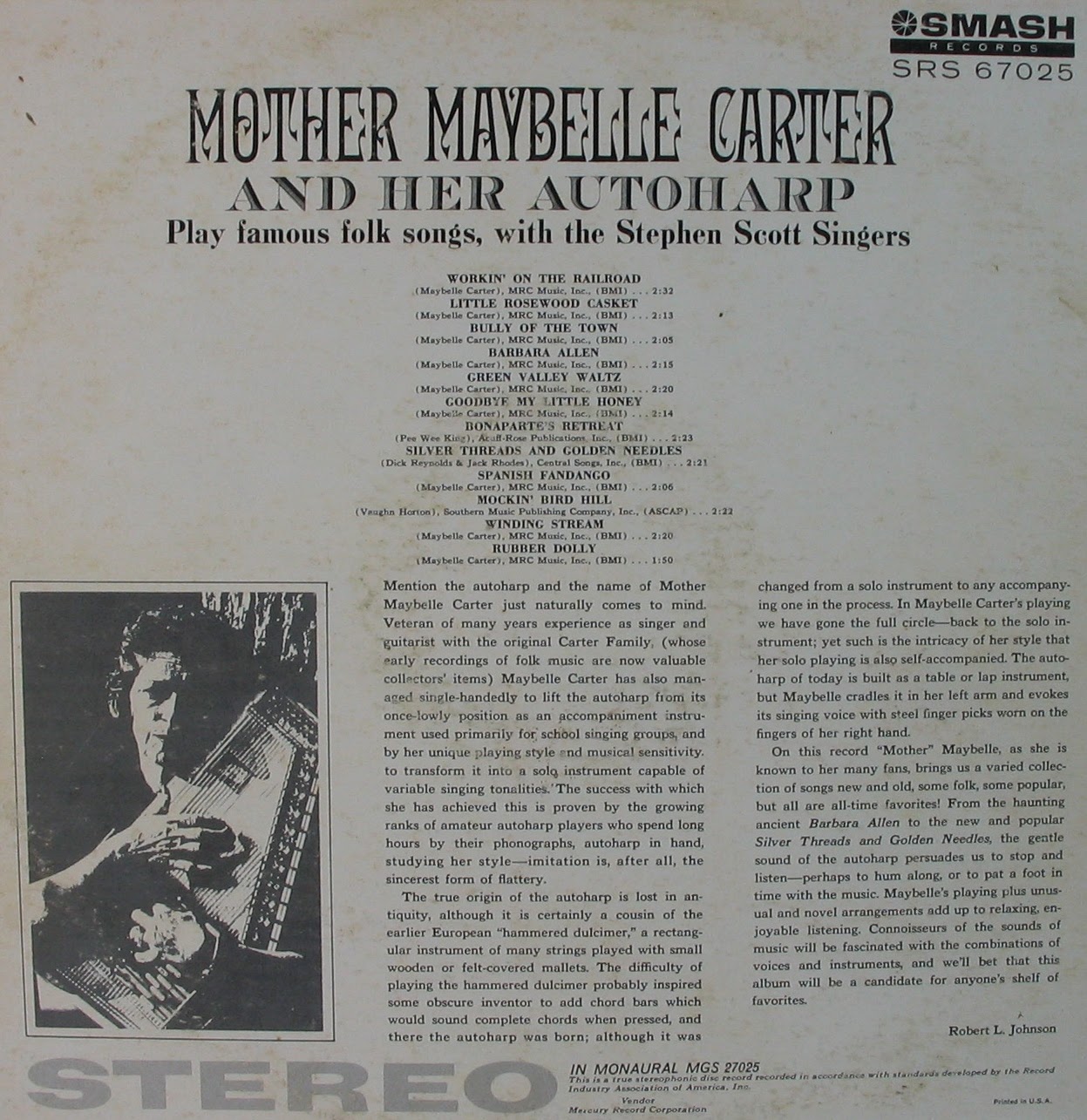 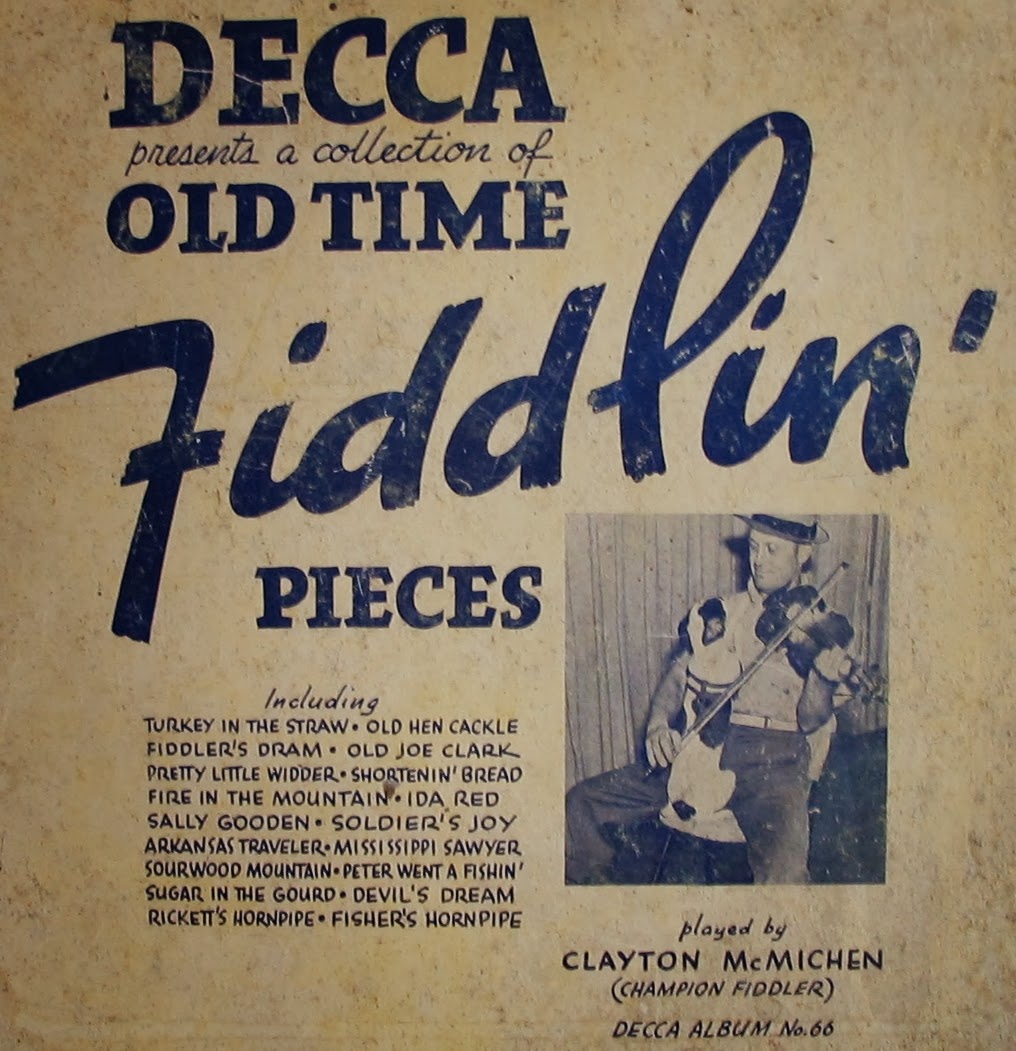 Here is a great 78 album I have.  This is Clayton McMichen (from the Skillet Lickers, Georgia Wildcats, etc) playing what are really considered absolutely "must play" numbers that should be in ANY old-time fiddlers file, way at the bottom as a solid foundation. All tunes are very well played with excellent taste. Many fine licks, but nothing too over the top that distracts from the tunes. Some sides are solo fiddling, others have tenor banjo for back up. There are three tunes on each side of each record. The discs in this set are in excellent condition and I think the sound quality on my transfers is great. I might even say the sound quality of my transfers are better than any cd I`ve heard with a few sides of this set re-issued on. Happy Downloading!! 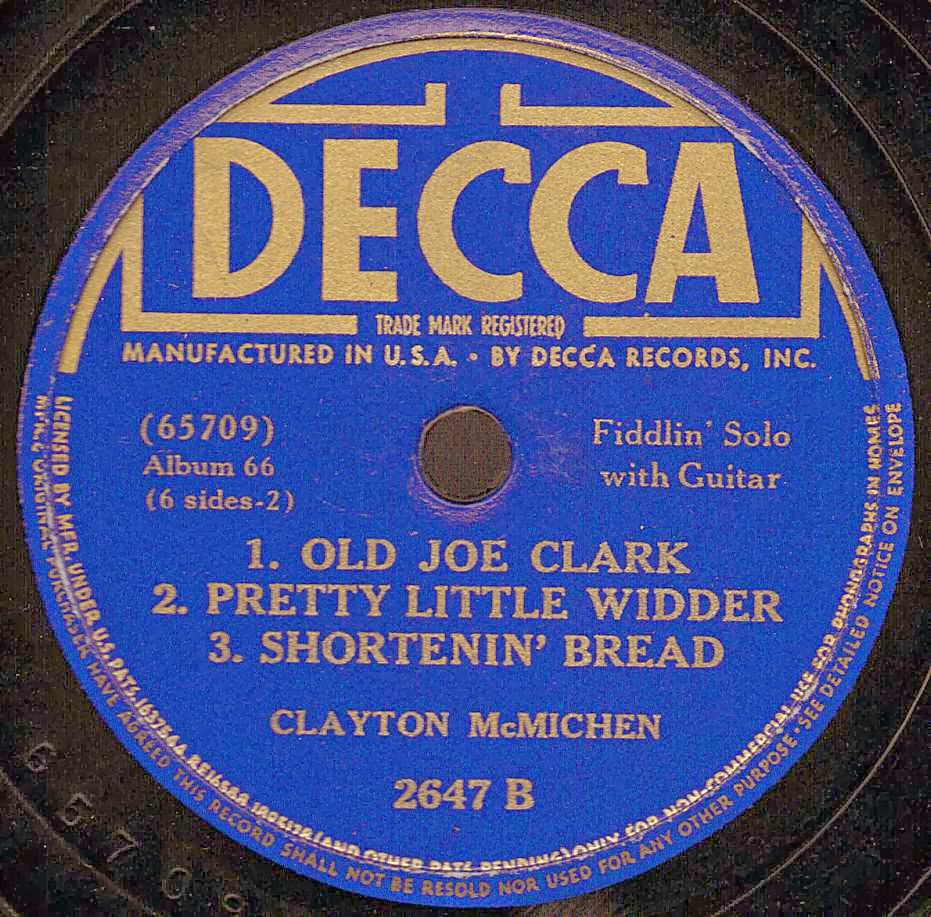 Here is something unique I found. A Jack tale is just a big ole tall tale told by country folks, orally passed down through the generations. No telling how old some of these stories may be, especially since there are references in them to royalty, which makes me think they were likely made up in old England or Europe, possibly five hundred or more years ago.
Richard Chase does seem to have a talent for story telling. He has a plenty pleasant voice and seems very familiar with his material. Download and enjoy! 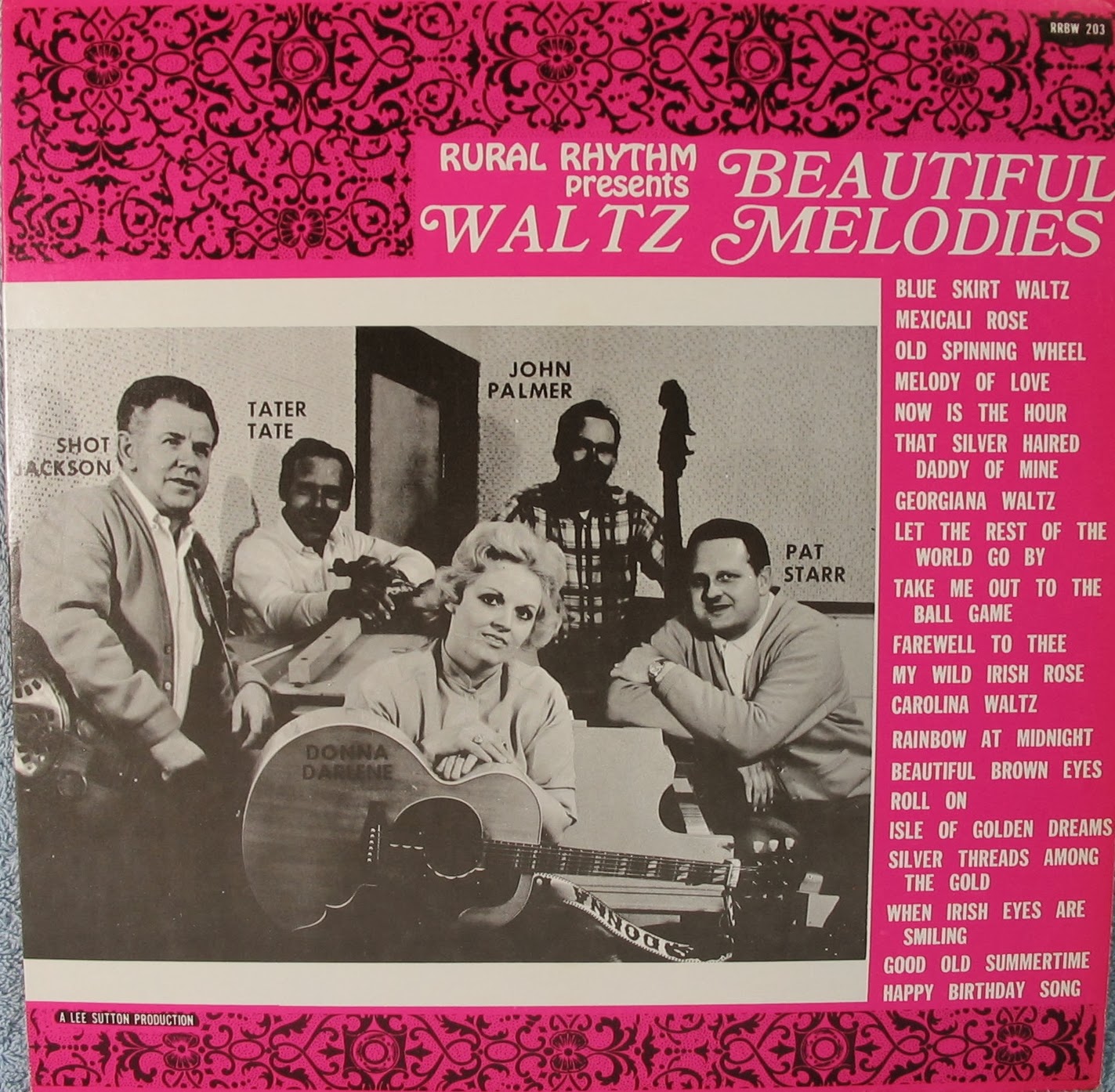 Here`s an LP with sort of an all-star side man line up. Certainly Tater Tate and Shot Jackson. I don`t know what it is, but I just don`t care much for this one. The recorded sound quality isn`t as good as it could have been for one thing. Another thing about it, twenty waltzes in a row is sort of a stretch. Anyhow, here it is, enjoy! 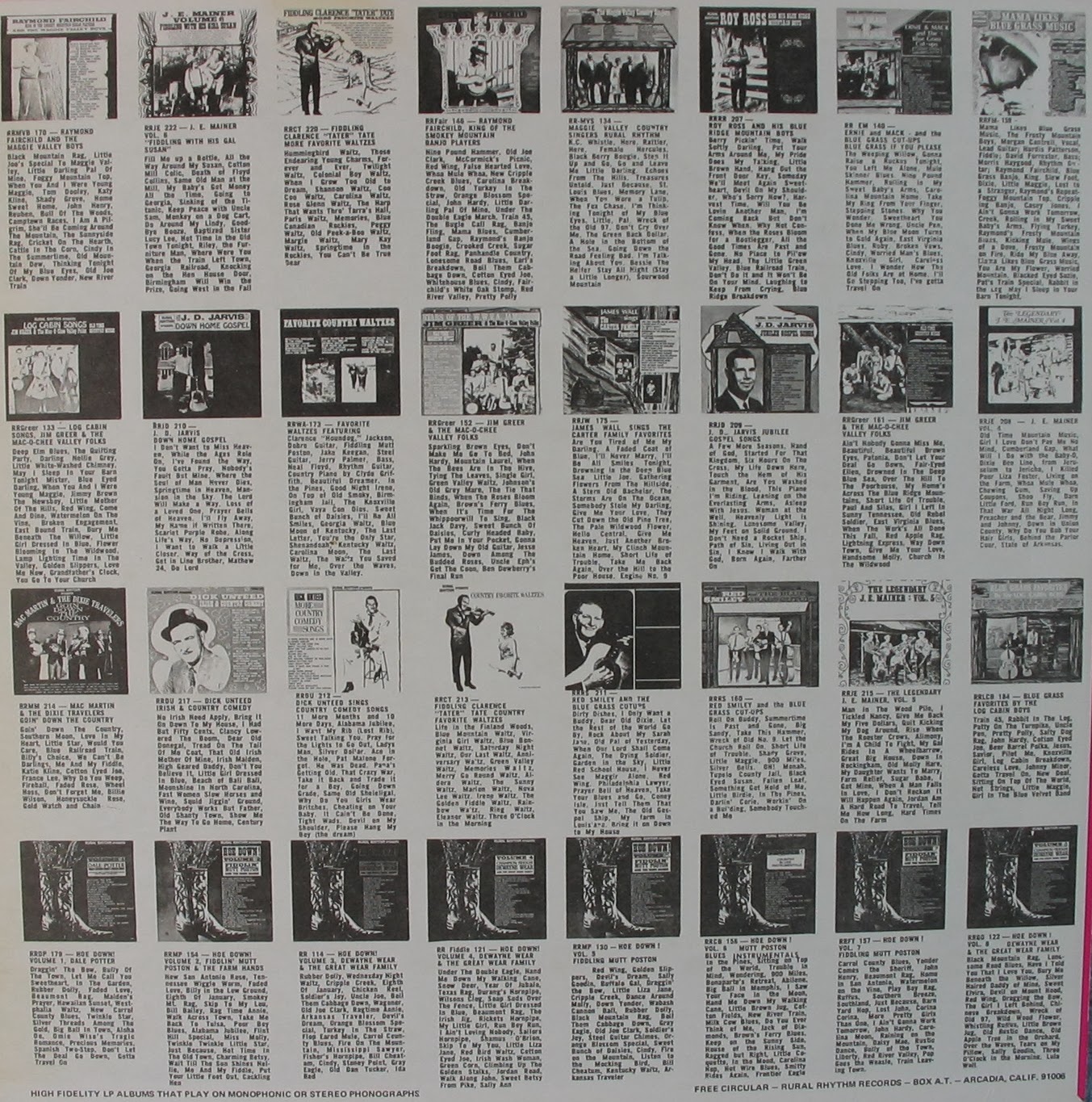