Jam-Up and Honey on the Dot label 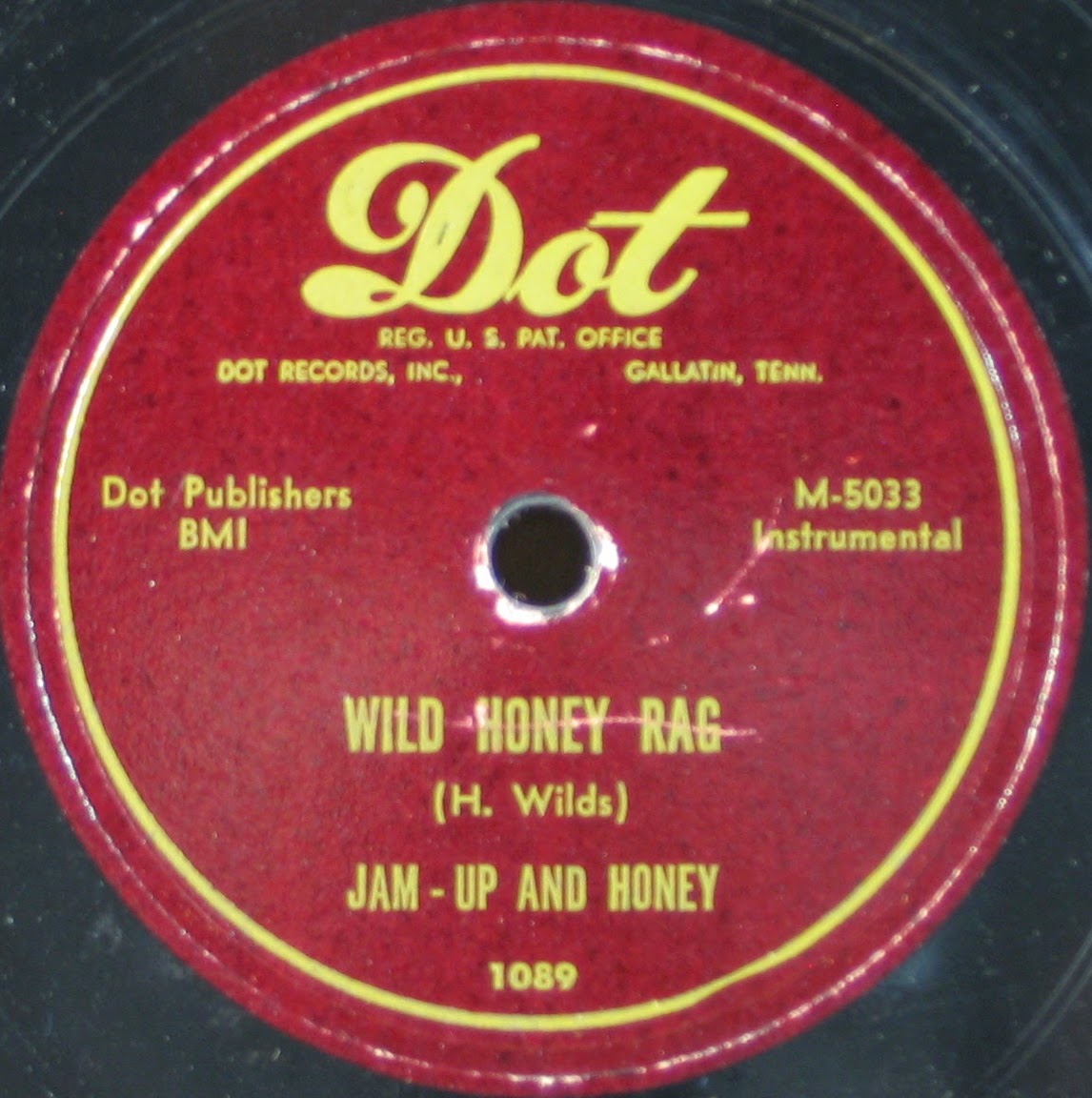 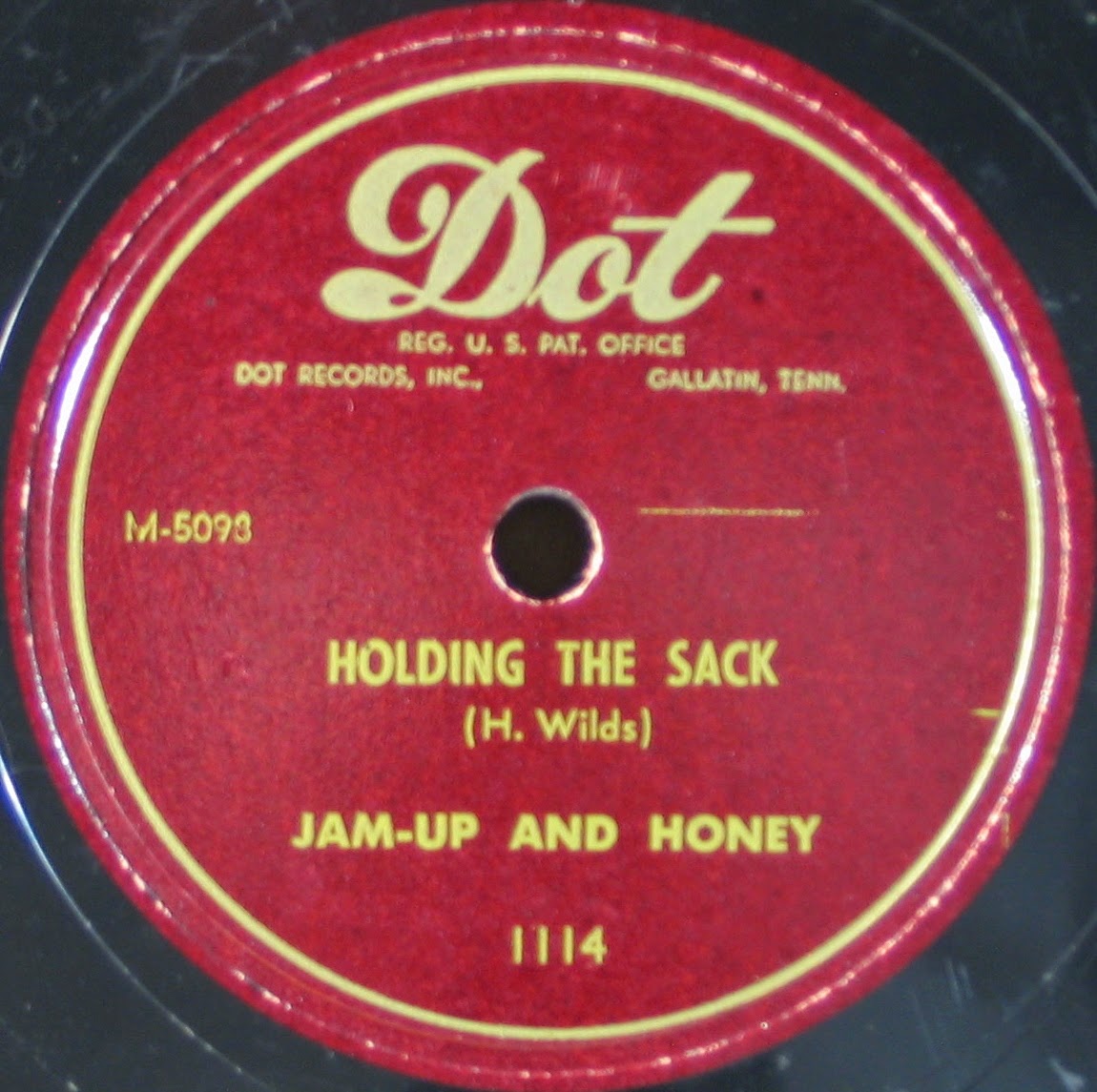 Here`s a couple real neat discs and as far as I know the only records they made for Dot. Jam-Up and Honey were a black-face type act that were quite famous and popular on the Grand Ole Opry in the 1940`s and into the 1950`s. They also had their own traveling tent show at one time. They were sort of a country version of Amos and Andy. I believe by about 1950 (or possibly earlier) they had quit using black-face make-up. They also had a daily radio show for some time in the 1940`s on WSM radio.
I can`t imagine how they got a recording session in the 1950`s as their comedy and music were quite out of style to sell records at the time. And believe me, I`m not saying the music isn`t good, because it is. The two vocal numbers are novelty type songs which were quite popular in the early 1950`s (such as Bill Carlisle music). The two instrumentals are a couple hot number with a ukulele lead. Contained in the download is also a 45 of Dot 1114 pictured here. Enjoy!!