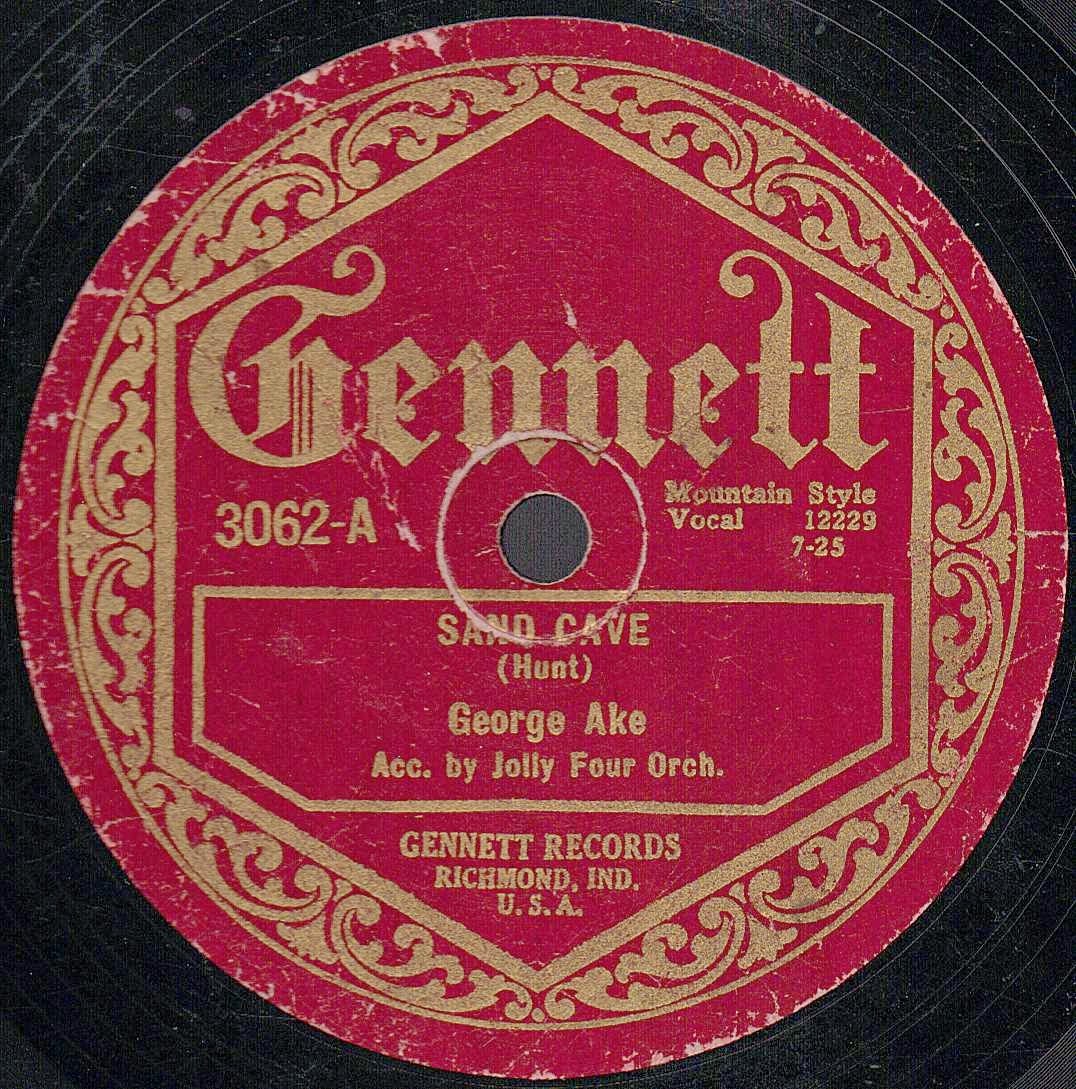 George Ake / David Miller / Gennett 3062
Sand Cave / Little Old Log Cabin In The Lane
A side recorded April 30, 1925 in Richmond, Indiana / B side recorded December 16, 1924 in Cincinnati, Ohio
I have no information at all about George Ake except to say that this is the only known recording he made. The Song Sand Cave is about the doomed spelunker from Kentucky, Floyd Collins. There were several songs written about him. There are a couple of books out about Floyd Collins also that are very good if you are interested in the story behind the songs.
David Miller recorded several songs from 1924 through 1931. The song here is the old tune Little Old Log Cabin In The Lane and is famous in the country music field because it was the first vocal recorded by a country artist, Fiddlin` John Carson for OKeh.
I have no idea why record companies put two different country artists on the same disc. It was fairly common from 1924 till about 1924-ish when this practice had fairly much stopped being used.
As for sound quality on this disc, it is an acoustic (pre microphone) recording and the sound quality isn`t too bad at all for a 90 year old disc that was only in fair condition.